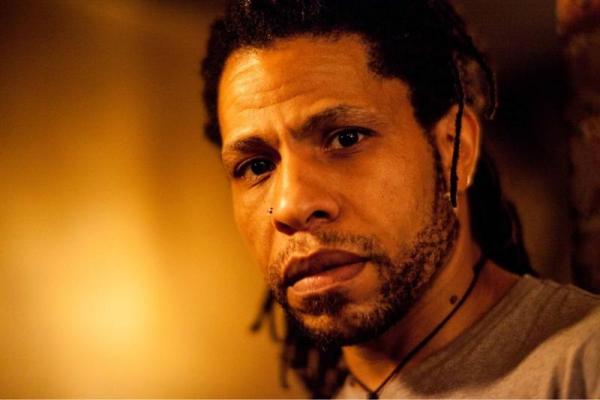 "The fire raced along the fuse line and incensed;
We rose to burn it all down."

Across the nation and the globe, we all-knowing and all-conquering human beings find ourselves - for lack of a better way to phrase it - in a corner. In the corner, on a universally ordered timeout like misbehaving children. We were sent from schools, workplaces, nightclubs, bars, and places to eat to our homes to wait, like Didi and Gogo in Becketts' Waiting for Godot— awaiting the arrival of Godot, who never arrives. We were sent home to wait for a safer moment in time for our collective existence, which has yet to come. Sent home to sit in timeout to reflect, reevaluate, and heal as a people and a nation. Dumbfoundedly, we watched the drafted news reports of lives lost to COVID-19 awe-struck by our leaders' indifference to the severity of the moment. Yet, with all those pots boiling over, we heard of a woman who lost her life when startled from slumber in Louisville, we watched one human-being gunned down while jogging in Georgia, and yet another human-being deliberately robbed of breath for 8m46sec in Minnesota. As if the death of all those individual lives lost to COVID-19 thus far were not enough, we return to extinguishing Black lives.

"As an Afro-Dominican American, it is interesting to exist in a world designed to erase your existence. As a brown-skinned actor, it is devastating to come to terms with my role in that process of self-erasure. I have navigated between theatrical parts that reinforce negative stereotypes and those that made me question if my performance training would be enough to overcome the cultural discrepancy between myself and the character. It is a question that most often comes up when assuming non-white character roles, which underscores my complicity in my self-erasure. When the color of one's skin and the racially discriminatory experiences lived is drowned by the loud narratives that support– despite evidence— that racism does not exist. What does one do? When one's cultural background is not enough to garner a role or bring authenticity and truth to a character of perhaps African American descent, what does the actor do? When does Black equate to one's culture, and when does it not? Why am I at first glance considered black and then by some not black enough? This presentation aims to address performing one's culture within the context of racial consciousness. Performing an Afro-Dominican-American in New York City."

Antonio Disla, aka Antonio Garcia, is an Afro-Caribbean Dominican-American theatre practitioner, born and raised in New York City. He holds an M.F.A. in Performance from The Ohio State University. Since 2012, Antonio has taught at State University of New York (SUNY) at New Paltz, in both the Department of Theatre Arts and the Department of Communication. As a Solo Artist, he has written and devised both site-specific and staged works dealing with identity and race. Of his works, the notables to date are Nobody, a solo piece about race, and Travel, which deals with identity and destiny. As a performing company member of The Shakespeare Forum, he has lead workshops in the New York City Public Schools and co-taught Shakespeare for their Youth Forum program. Antonio has proudly worked with The Black Lady Theater, an African American community theatre company based in Brooklyn, in such productions as From the Brought of Brooklyn and Bone Soup.

In the new virtual series, PERFORMING THE MOVEMENT, PERFORMING THE MOMENT, Center for World Performance Studies invites performers and scholars from diverse disciplines to reflect on how performance is being used to respond to the political, social, health and environmental crises that we face at this moment. Each guest will give a 30 minute presentation, and then engage in 30 minutes of Q&A. Sessions will take place over Zoom and require advance registration. You can read about the panelists, register for these events, find recommended reading and resources and/or request recordings of past events at https://lsa.umich.edu/world-performance.

If you require an accommodation to participate in this event, please contact the Center for World Performance Studies, at 734-936-2777. Please be aware that advance notice is necessary as some accommodations may require more time for the University to arrange.
Residential College
East Quad
701 E. University
Ann Arbor, MI 48109-1245
rescollege@umich.edu
Engaged Michigan Partner
734.763.0032
734.763.7712
Sitemap
Facebook Twitter Instagram