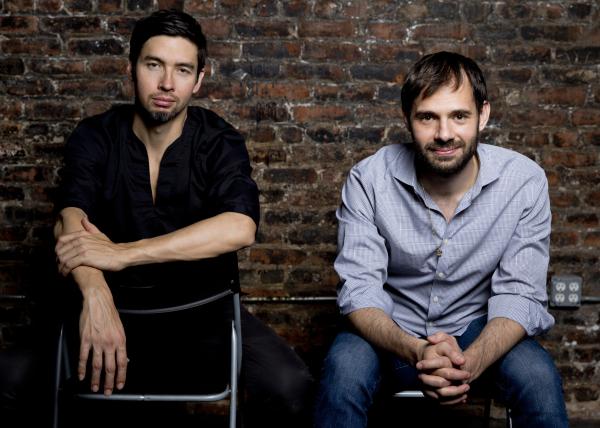 Free & open to the public.

Dan Weiss and Miles Okazaki have been partners in rhythm for 20 years. Having previously appeared together on seven albums (three by Okazaki and four by Weiss), they put forth their first duo record, MUSIC FOR DRUMS AND GUITAR, in October 2021. In the duet setting, Weiss and Okazaki are able to explore extreme rhythmic territory and freely construct flowing improvised sets.

Dan Weiss is consistently recognized as a top drummer in publications such as the New York Times ("Five Drummers Whose Time is Now"), Modern Drummer ("Top 5 Jazz Drummers"), and Downbeat magazine ("Top Up and Coming Percussionist"), and has been a member of many of the most influential groups on the current scene including Dave Binney, Rudresh Mahanthappa, Matt Mitchell, and Chris Potter. He is also an accomplished tabla player, having performed with Ashish Khan and Ramesh Misra and studied with Samir Chatterjee for two decades.

Miles Okazaki is known for his rhythmic approach to the guitar, is currently in groups led by Jonathan Finlayson, Matt Mitchell, Amir El Saffar, and gained wide recognition in recent years as the guitarist for Steve Coleman and Five Elements. The New York Times recently described his style as "utterly contemporary, free from the expectations of what it means to play a guitar in a group setting — not just in jazz, but any kind."

If you require accommodation to participate in this event, please contact the Center for World Performance Studies, at 734-936-2777 or cwps.information@umich.edu. Please be aware that advance notice is necessary as some accommodations may require more time for the University to arrange.
Residential College
East Quad
701 E. University
Ann Arbor, MI 48109-1245
rescollege@umich.edu
Engaged Michigan Partner