The History of Physics in 13 Songs, From Galileo to Dark Matter 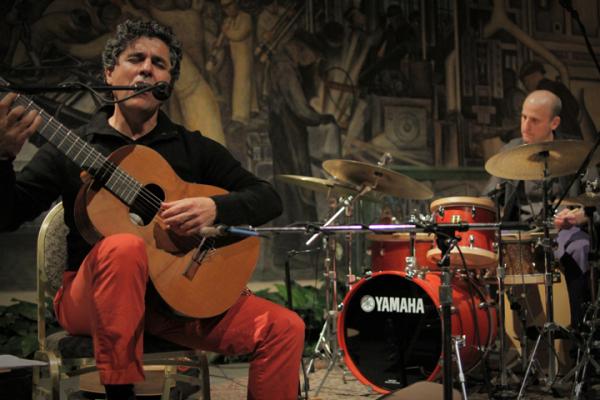 Join us for a 45-minute interdisciplinary musical performance that highlights the turning points in the history of physics.

The show combines fragments (excerpts from writings by some of the most prominent physicists in history) read and interpreted by a narrator (a role played by Lynnae Lehfeldt in the premiere), with original songs, based on each fragment, composed by Alberto Rojo, and performed by Alberto Rojo (guitar and voice), Michael Gould (percussion), and Dave Haughey (cello). The project explores the intersection between the arts and the sciences, and postulates that art and science are not antagonistic alternatives in the search for truth; rather, there is a broad territory of coexistence.