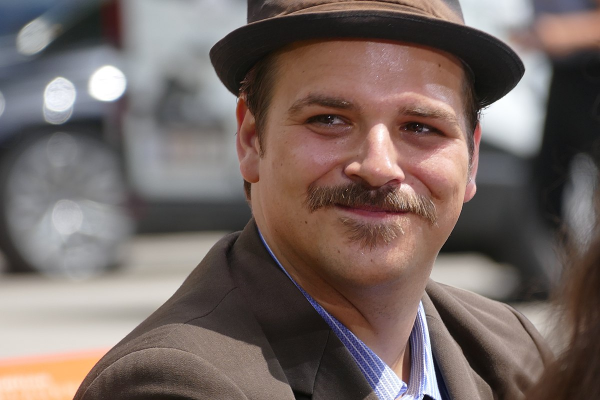 "And so now here we are lying on this rest area like a whale, a stranded whale. The flesh starts to rot when we can’t keep driving. As long as you’re moving, you don’t decay."

A truck driver has to stop at a motorway service area due to a disastrous accident. Frustrated by the forced standstill, he watches the nightly events. An insurance inspector, obsessed with any traffic accidents, investigates the so-called death curve at the service area. But there is as well Beate, the operator of the rest stop, who shares a dark secret with Jayne, an auto-aggressive television actress addicted to high-speed.

Ferdinand Schmalz’s ‘canned meat’ is a metaphor for the paradox of mobility in times of neoliberalism. One can get everywhere, but never to one self – thus, the only possibility left to achieve authenticity is the life-threatening collision.

Ferdinand Schmalz is an Austrian author and playwright. His works include “am beispiel der butter,” “dosenfleisch,” “herzerlfresser,” and “jedermann (stirbt).” His plays are staged at the leading theatres in Germany, Switzerland, and Austria, e.g. Deutsches Theater, Burgtheater Wien, Schauspiel Leipzig, Schauspielhaus Zürich. He won several awards for his writing, beyond others the Retzhofer Dramapreis (2013), the Ingeborg Bachmann Preis (2017), and the Ludwig-Mülheims-Theaterpreis (2018). For “dosenfleisch” he was nominated for the most prestigious drama award in the German-speaking countries, the Mülheimer Dramatikerpreis. Furthermore, “dosenfleisch” was invited to the Autorentheatertage in Berlin.

The reading is sponsored by the Department of Germanic Languages and Literatures. These events are free and open to the public. If you are a person with a disability who requires an accommodation to participate, please contact 734-764-8018 or germandept@umich.edu at least one week in advance.
Residential College
East Quad
701 E. University
Ann Arbor, MI 48109-1245
rescollege@umich.edu
Engaged Michigan Partner
734.763.0032
734.763.7712
Sitemap
Facebook Twitter Instagram