in conversation with Clare Croft and J'Sun Howard 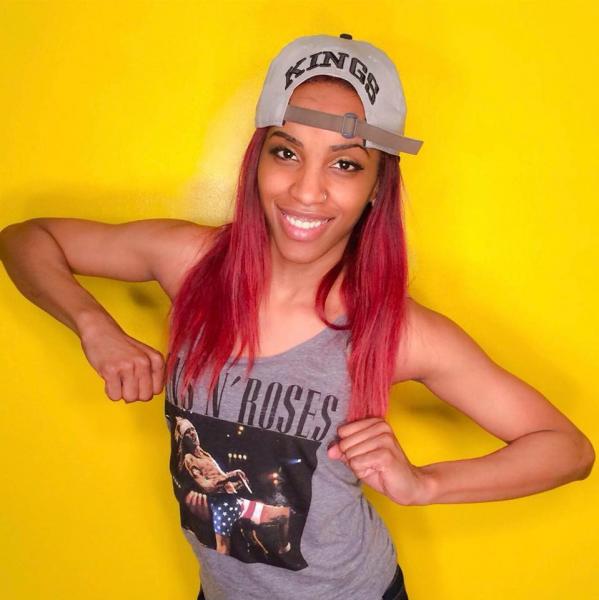 Daring Dances and the Center for World Performance Studies team up to premiere two short videos featuring Gabrielle McLeod, Detroit’s ‘Queen of Jit’. The watch party will start with a dance tutorial commissioned by Daring Dances as part of the "Daring Dances for Surviving and Thriving" series. After participants have had the chance to work up a sweat, and work out some footwork, we'll follow with a short video of curator Clare Croft interviewing Queen Gabby, created as part of the CWPS “Performing the Moment, Performing the Movement” series, and have an opportunity for Q&A with Clare Croft and Gabby McLeod, moderated CWPS Graduate Fellow J’Sun Howard.

An acclaimed dancer and choreographer from Detroit, Queen Gabby is an ambassador and tradition-bearer for her hometown dance style. She teaches, performs and competes internationally, and iis known throughout the Midwest for her amazing footwork.

The Center for World Performance Studies sponsors and cosponsors several special events throughout the year, including performances, public lectures, demonstrations, and roundtables. Our events are announced on our website, and through email and flyer distribution. Please contact us at CWPS.Information@umich.edu if you would like to be on our mailing list or if you would like more information on any of the following events.