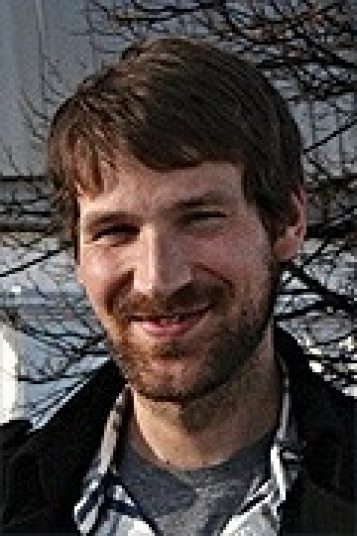 Matt Walker worked with his advisor to collect a data set of unprecedented size that provided insight into the dark-matter distribution in dwarf galaxies. They used Mateo’s custom-built fiber spectrograph to increase the available sample from 100 to nearly 3,000 stars in four galaxies. They also collaborated with the U-M statistics department to develop a method for moving beyond mass measurements of dark matter to assessing its distribution. Walker and Mateo provided the first direct observational challenge to models’ predictions that dark matter forms centrally concentrated cusps. Their evidence for a more distributed “core” model raises important questions about the assumption of cold dark matter.

Collaboration: “Working with statisticians at U-M is what really let us address problems that hadn’t been done before. U-M not only has a culture of collaboration, it has formal structures that encourage it, as well. An internal grant helped us put together a team from astronomy, statistics, and philosophy to collaborate on dark matter.”

Instrumentation: “The other critical boost to our work was Mario’s spectrograph. With a vastly increased sample, we identified two independent stellar systems in the same galaxy. By measuring their mass and how far each was from the galaxy’s center, we could determine the mass distribution. This was a major insight that wouldn’t have been possible without this advance in instrumentation.”

Research Caliber: “By the end of my time at Michigan, I remember thinking I could walk into a conference and know I had the world’s best data set for the galaxies we were looking at. Ultimately that’s why I was an attractive candidate on the job market; I was sitting on data from which, even years later, we’re continuing to extract new information.”