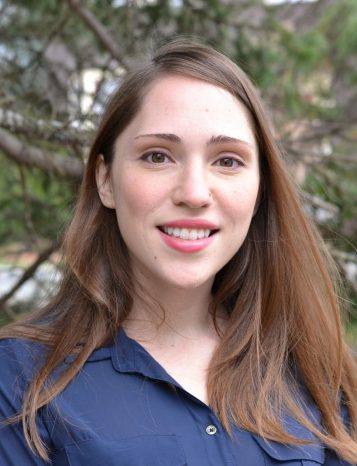 PhD Research: Molecular Signposts of the Physics and Chemistry of Planet Formation

Ilse Cleeves explored the primary ionization processes in circumstellar disks that are believed to be necessary for the theorized magnetically-driven physical mechanisms that govern both star and planet formation. Cleeves explored the question of whether cosmic rays, the primary ionization source of the dense interstellar medium, would be present in circumstellar disks.  In our own solar system cosmic rays responsible for ionization are not present due to interactions with the solar wind that limits the presence of these energetic particles until well beyond the orbit of Pluto. Cleeves theorized, that since young stars have more energetic winds they also would similarly exclude cosmic rays and, with a detailed model, showed that this has a significant impact on disk ionization and limits the active zones where magnetic processes can come into play.

Cleeves then used ALMA and SMA observations of the nearest planet forming disk system to constrain the ionization state providing evidence in support of the theory regarding cosmic ray exclusion.  Ionization is critical for the chemistry as well.  With this detailed model Cleeves explored the origin of Earth’s water which has a enhanced level of deuterium.  This deuterium enhancement requires both cold (< 30 K) temperatures and a source of ionization.  Cleeves showed that the ionization level present in the planet forming disk is insufficient to reproduce the levels seen in our water, which requires the water to be formed prior to the birth of our Sun. Put another way - some of our water is older than the Solar System.

Collaboration: "The faculty at UM are well-connected and internationally recognized. Through these connections, I was able to build up an international team of collaborators in theory, observations, and lab work that have opened doors to exciting new research opportunities."