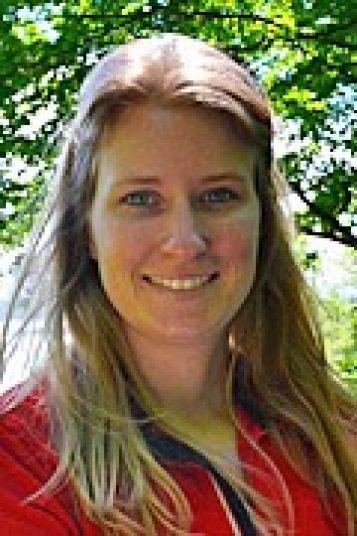 Ashley King researched how accretion onto black holes, which is seen in X-ray, affects the production of jets and winds, seen in radio and as X-ray absorption features, respectively. By studying an ensemble of black holes across the mass scale, King gleaned a number of insights. One was that, contrary to their all-consuming image, black holes may actually lose up to 95% of the material in their accretion disks through their wide-angle winds. Another was that there is a relationship between the power of these winds and the black holes’ X-ray luminosities across a wide range of black hole masses. This is analogous to the established “fundamental plane of black hole activity,” which relates the power of jets to both X-ray luminosity and black-hole mass. This insight was made possible because of King’s unique sample. “People had looked at stellar-mass black holes together and supermassive black holes together, but not across the mass scale,” she says.

Support: “I was competitive for these fellowships because I had a number of first-author publications and 10 accepted telescope proposals. It showed that I could get time on instruments across the spectrum, in X-ray from Chandra and Swift, and radio from VLA and VLBA.

"This was possible because my advisor was so encouraging. He showed me examples of his proposals and really pushed me to apply for telescope time. So even as a graduate student, I got to be principal investigator on several projects.”