CREES Noon Lecture. Jewish Voices in Russia and Ukraine: What Are They Saying? 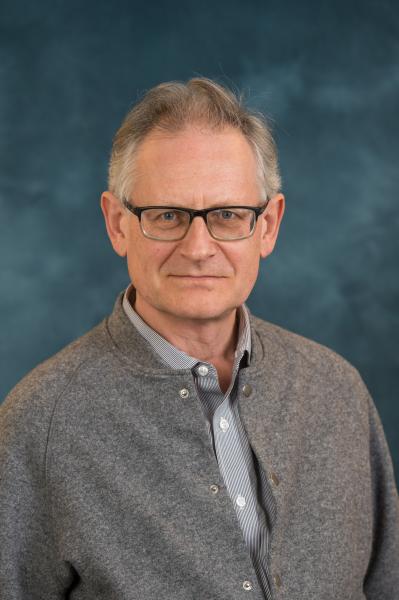 The overwhelming majority of Russian-speaking Jews today live outside the Russian Federation. Many of them, particularly the older generation, preserve their loyalty to and interest in Russian culture, but their newly formed national identities and political sympathies can be very fluid and sometimes conflicting. The speaker will present a survey of contemporary Russian-Jewish writing across the borders, focusing on the variety of representations of Russia and Ukraine as specifically “Jewish” spaces. What does it mean to write fiction in Russian about Ukraine from a Jewish perspective, and what does this writing tell us about today's Russia, Ukraine, and Jews? Some of the authors in the discussion, such as Ludmila Ulitskaya and Dmitry Bykov, are already well-known in the West, while others, such as Margarita Khemlin, Inna Lesovaya, Asar Eppel, Oleg Yuryev, Maria Galina, still await a due recognition.

Mikhail Krutikov is professor of Slavic and Judaic studies, currently serving as chair of the Department of Slavic Languages and Literatures at the University of Michigan. He graduated from Moscow State University with a degree in mathematics, has a graduate diploma in Yiddish literature from Gorky Institute for Literature in Moscow, and a Ph.D. in Jewish literature from the Jewish Theological Seminary of America. A scholar of Yiddish literature and East European Jewish culture, he has published two books, "Yiddish Fiction and the Crisis of Modernity, 1905­-1914" (Stanford UP, 2001) and "From Kabbalah to Class Struggle: Expressionism, Marxism and Yiddish Literature in the Life and Work of Meir Wiener" (Stanford UP, 2011), which won the MLA Fenia and Yaakov Leviant Memorial Prize in Yiddish Literature. He also co-­edited nine collected volumes in the Yiddish Studies series of Legenda Press (Oxford), most recently "Children and Yiddish Literature: From Early Modernity to Post­-Modernity" (2016). He is also a culture columnist for the Yiddish Forward.

Part of the Minorities series at the Weiser Center for Europe & Eurasia, which focuses on the fates and challenges various minorities face, from ethnic and racial groups to people with disabilities and members of LGBT communities. How do different political regimes come to define groups as minorities, and how do they engage with them as a result? What can the experience of minorities in the other parts of the world teach us?
Frankel Center for Judaic Studies
2111 South Thayer Building
202 S. Thayer St.
Ann Arbor, MI 48104-1608
JudaicStudies@umich.edu
734.763.9047
734.936.2186
Sitemap
Facebook Twitter Youtube