Bob Vande Kopple is a man of many hats. He was a UMBS student in summer session 1974 and 1975, worked in the Hiawatha National Forest on UMBS grant money in 1976 and 1978 and, after an interview with associate director Mark Paddock in the Castle Rock parking lot, he became the camp’s resident biologist in 1979. But being the resident biologist also meant being a weather-tracker, trail-maintainer, tireless and dedicated record-keeper, guardian of technology, answerer of questions, local liason and much more in his 37-year run at the Biological Station, which will end this year. He simply calls it “the best job in the world,” citing his coworkers and the variety of tasks as perks of his career.

Naturally, the big events stand out in his memory: winters with record-breaking snowfalls, meeting Nobel laureates, interactions with hunters and student discoveries, such as the time the limnology class found a shipwreck, and when a student found a WWII-era bomb in the nearby Gorge.

BVK, as he is known around here, also notes watching the Station change over the years, especially in terms of technology. He even recalls when camp got its first computer, an Apple II Plus, in 1980. “When the long-term caretaker on Sugar Island was asked to describe in one word the changes that occurred there in his tenure he said ‘roads.’ My one-word answer would be ‘computers,’” Vande Kopple said.

Bob Vande Kopple through the years 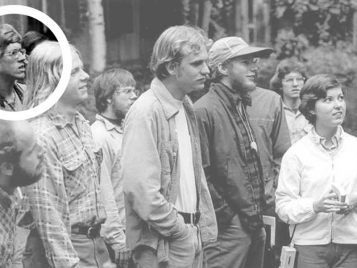 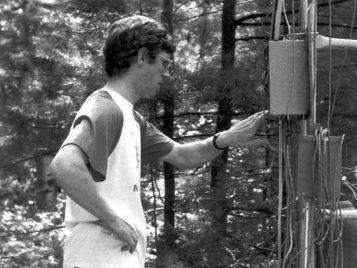 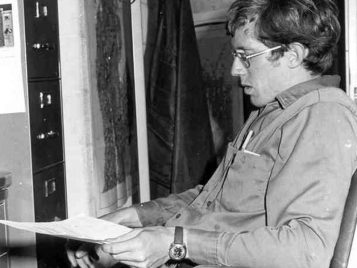 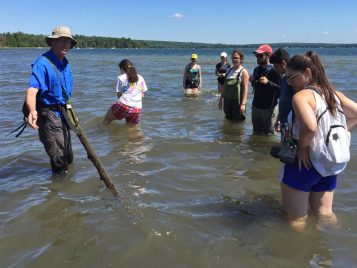 When BVK wasn’t busy setting up the projector for lectures, recording the temperature and rainfall (he’s currently the longest-running acid rain recorder for the National Atmospheric Deposition Program!), maintaining trails or answering questions from locals, he was raising a family in camp: two daughters, Julie and Erica, alongside his wife, Meredy.

“It was very cool to live and raise a family here,” he said. “My wife deserves all the credit.”

As for what’s next? Bob is training incumbent resident biologist Adam Schubel throughout the fall. Bob and his family have moved off-campus but remain in the Pellston area.

“The Station is really prospering right now,” he said. “That is the most important thing -- that this fabulous community thrives for another century.”

A Legacy in the Land

“BVK carried on the stewardship of UMBS lands for more than 20 years essentially by himself,” says former Associate Director Mark Paddock. About fifteen years ago, Paddock started the UMBS Stewards to give Bob a hand. Groups of about eight volunteers from the area meet several times a year to work on projects around the UMBS property.

“Bob almost always leads us,” Paddock said. “He does a great job as ‘foreman’ with enthusiasm, incredible strength, skills and durability.”

Here are some examples of projects Bob and the Stewards have completed over the years:

Stairs down to the Gorge.

Fences and gates to protect trails.

Numerous bridges and boardwalks, such as the one installed at Mud Lake Bog.

Stairs up the hill by Manville in camp.

The observation tower by the garden in camp.

Cleaning up trash and deer blinds on UMBS property.

Maintaining trails in the Osborn Preserve on Sugar Island.