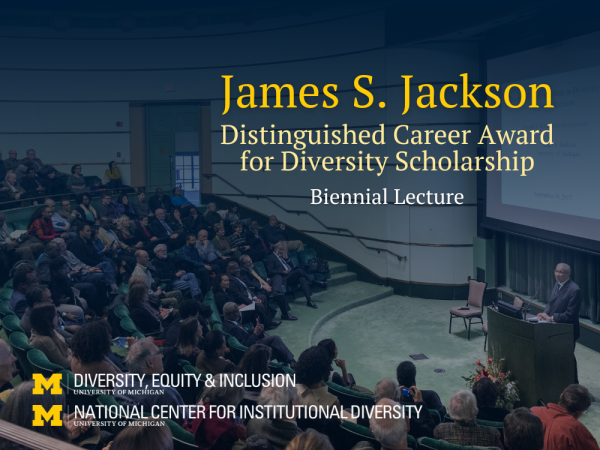 Although people of color suffering under interlocking systems of oppression — such as impoverished and working-class residents of disinvested urban or rural communities — bear the largest population health burdens in the United States, the magnitude of racialized health inequity is often greatest among college graduates. Whether predominantly white universities are simply failing to address the greater structurally-rooted health needs of students of color or are — however inadvertently — contributing to them, new holistic DEI efforts have an urgent role to play toward promoting health equity.

ABOUT DR. GERONIMUS
Arline T. Geronimus is a professor in the Department of Health Behavior and Health Education and research professor in the Population Studies Center at the Institute for Social Research, where she also is the founding director of the Public Health Demography training program. She is affiliated with the Center for Research on Ethnicity, Culture and Health. An elected member of the Institute of Medicine of the National Academies of Science, Dr. Geronimus received her undergraduate degree in political theory from Princeton University, her doctorate in behavioral sciences from the Harvard School of Public Health, and did post-doctoral training at Harvard Medical School. Dr. Geronimus originated an analytic framework, "weathering" that posits that the health of African Americans is subject to early health deterioration as a consequence of social exclusion; much of her scholarly work is related to developing and testing this structurally-rooted biopsychosocial framework. Her general research interests include structural and cultural influences on population variation in family structure and age-at-first birth; the effects of poverty, institutionalized discrimination, and aspects of residential areas on health; the collective strategies marginalized communities employ to mitigate, resist, or undo the harmful effects of poverty and structural racism on their health; the trade-offs these strategies reflect; and the perturbations public policies sometimes cause in these autonomous protections. Dr. Geronimus is developing a general approach to disrupting weathering in affected populations, Jedi Public Health, that applies social psychological understandings of the impact of contingencies of social identity, environmental cues, and stereotype threat on physiological stress process activation among social identity groups. Dr. Geronimus has worked with the US Civil Rights Commission, the Federal Reserve Bank of New York, and the Aspen Institute's Roundtable on Comprehensive Community Initiatives to revitalize American cities.

ABOUT THE AWARD
The James S. Jackson Distinguished Career Award for Diversity Scholarship recognizes a senior faculty member at the University of Michigan who has made important contributions to understanding diversity, equity, and inclusion through research, scholarship and creative endeavors, who has an outstanding record as an educator in teaching and mentoring, and whose work has focused on issues of importance to underrepresented communities.