Mining Capitalism: The Relationship between Corporations and their Critics 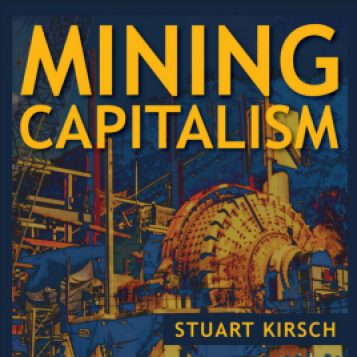 Corporations are among the most powerful institutions of our time, but they are also responsible for a wide range of harmful social and environmental impacts. Consequently, political movements and nongovernmental organizations increasingly contest the risks that corporations pose to people and nature. Mining Capitalism examines the strategies through which corporations manage their relationships with these critics and adversaries. By focusing on the conflict over the Ok Tedi copper and gold mine in Papua New Guinea, Stuart Kirsch tells the story of a slow-moving environmental disaster and the international network of indigenous peoples, advocacy groups, and lawyers that sought to protect local rivers and rain forests. Along the way, he analyzes how corporations promote their interests by manipulating science and invoking the discourses of sustainability and social responsibility. Based on two decades of anthropological research, this book is comparative in scope, showing readers how similar dynamics operate in other industries around the world.