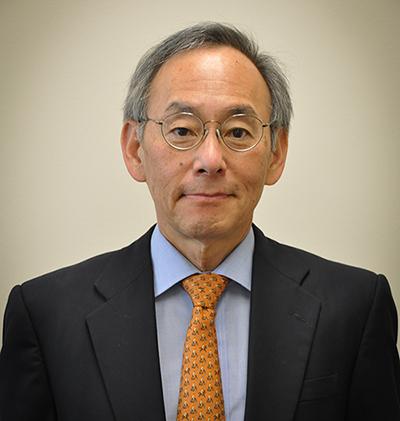 We developed optical probes which enabled the tracking of individual molecular cargos by dynein motors in live neurons for 900 µm. Analysis of the statistical fluctuations of the motion showed that the cargo switched stochastically from one to five pairs during the transport over this distance. Clearly resolved single-molecular steps revealed that the dwell times between individual steps requires the hydrolysis of 2 ATPs. The new proposed model is consistent with extensive structural, single-molecule and biochemical measurements. The motion is described by a steady-state “effective temperature” 6-fold higher than 310 K. The application of the fluctuation theorem, first proved in 1993, is used to give a minimum “uncertainty principle” limit, ΔQ ε² ≥ 2kB T𝚎𝚏𝚏, where ΔQ = T𝚎𝚏𝚏ΔS is the heat entropy and ε² ≡ 〈x²〉 ─ 〈x²〉/〈x〉² is the displacement normalize dispersion of motion.