Waiting for the Extraordinary

As part of the Institute for the Humanities 2017-18  Year of Archives and Futures, and in celebration of the U-M Bicentennial, the Institute for the Humanities presents a new iteration of Mark Dion’s Waiting for the Extraordinary, which was commissioned and first exhibited here in 2011. Inspired by the academic classifications invented by 18th-century Michigan Chief Justice Augustus B. Woodward, this new, architecturally scaled installation serves as an archive of the original, and presents a single room with thirteen plastic sculptures, each representing one of Woodward’s professorships. As viewers peer into the space and encounter these illuminated objects—reproduced using 3D imaging technology from original objects Dion found in departments and collections across the University of Michigan—they confront questions about the distinction between the rational and subjective in our construction of knowledge, as well as role of the museum and institutions that continue to determine it.

Mark Dion’s work examines the ways in which dominant ideologies and public institutions shape our understanding of history, knowledge, and the natural world. “The job of the artist,” he says, “is to go against the grain of dominant culture, to challenge perception and convention.” Appropriating archaeological, field ecology, and other scientific methods of collecting, ordering, and exhibiting objects, Dion creates works that question the distinctions between ‘objective’ (‘rational’) scientific methods and ‘subjective’ (‘irrational’) influences. Mark Dion questions the objectivity and authoritative role of the scientific voice in contemporary society, tracking how pseudo-science, social agendas, and ideology creep into public discourse and knowledge production.

In 2017, as part of the Institute for the Humanities Year of Archives and Futures, and in celebration of the U-M Bicentennial, the institute gallery presents a new iteration of Mark Dion’s Waiting for the Extraordinary. This exhibition serves as an archive of the original, a glance back moving forward.

The original site-specific installation was commissioned and first exhibited by the Institute for the Humanities in 2011. In it, Mark Dion focuses his inquiry on Michigan Chief Justice Augustus Woodward’s territorial act of 1817, establishing a “Catholepistemiad, or University of Michigania.” Woodward harbored a dream of classifying all human knowledge and had discussed this with his friend and mentor Thomas Jefferson.

Woodward’s handwritten list from the period outlined thirteen different professorships, or “diaadaxiim,” which followed an idiosyncratic system of classifications. He invented outlandish words for these, mixing Greek and Latin, resulting in alliterative designations such as Anthropoglossica (literature), Physiosophica (natural philosophy), and Latrica (medicine), to name a few.

Mark Dion imagines what objects would best represent these classifications and sets out to find them in the many departments and collections within the university. The result is as much an expedition as a scavenger hunt, in part Aristotle as well as Don Quixote. In a week’s time, he locates a magpie, a meteorite, a celestial globe, a flask, a bugle, and then a heart. Each artifact is reproduced using 3D rapid imaging technology at the U-M Duderstadt Center, coated with phosphorescent paint, and then exhibited in a manner suggestive of post-nuclear hallowed halls.

In the first installation, visitors to the gallery take a number, are seated in a waiting room, a carbon copy in itself. It is the familiar experience encountered in every institution, at the dentist’s office, or the DMV. We are waiting for something extraordinary to happen, transform us, alleviate the banality. And with the passing of time, we feel affixed to our chairs, immovable objects in our right, not entirely sure what we are waiting for.

In the 2017 exhibition, Dion presents the new iteration as a self-enclosed room. The ephemera from the initial waiting room hang on its exterior walls like notations, clues—moldings in place, a coat, a shirt, clocks charting different time zones inhabited by the artist. The viewer is faced with doors locked, no entrance or exit in reality. There is merely the suggestion of, the facade. One peers through the glass at the glowing objects, now unreachable, an endgame.

Dion’s room within a room now catalogues the materiality of the original human experience as if in a shadow box. It suggests containment rather than the expanse, alludes to posterity rather than future. One wonders if some magic elixir or love potion number 9 might bring us back to life.

Waiting for the Extraordinary is reinstalled at the University of Michigan just as wooden cabinets and handwritten fieldnotes are offloaded, as our own university material collections are moving to state-of-the-art, off-site facilities. In this shift, as romanticism gives way to modernity, one cannot help but ask somewhat wistfully, do we lose identity and meaning in the translation...our connection to the natural world, the trappings of our histories now at arm’s length? Or does the heartbreak fade in time as we adjust, revealing new promises? 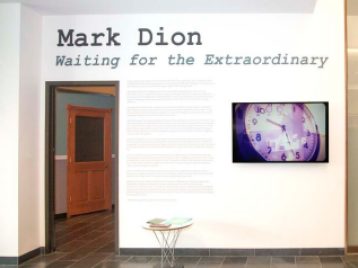 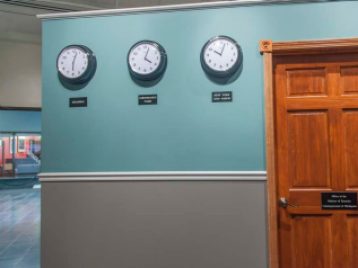 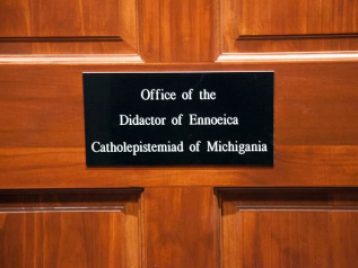 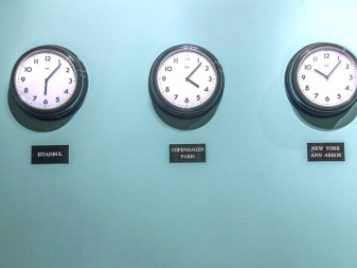 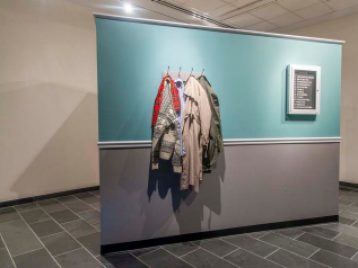 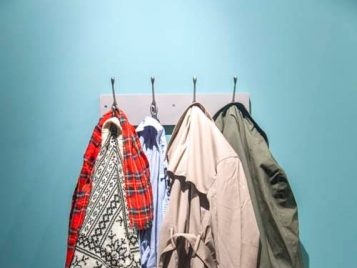 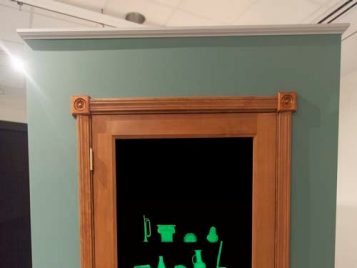 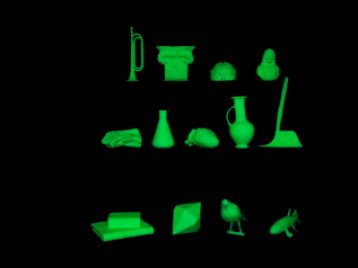