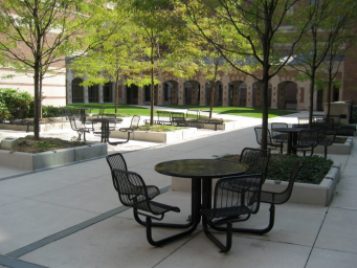 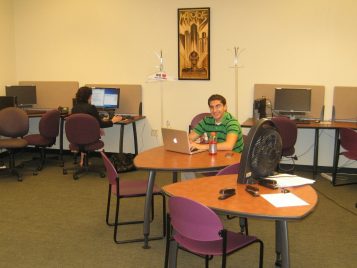 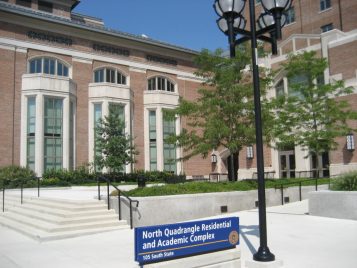 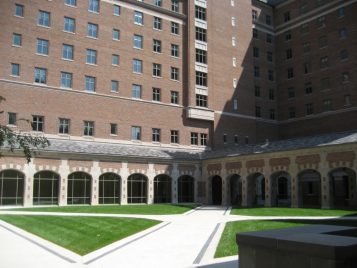 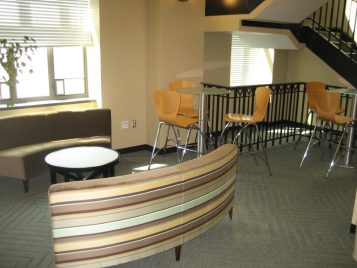 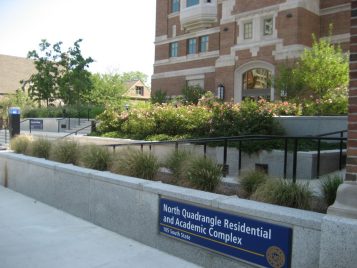 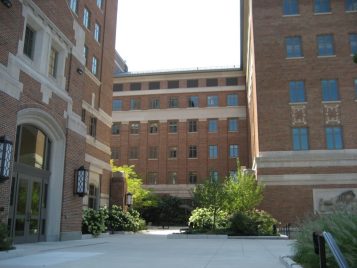 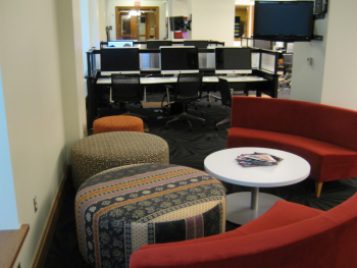 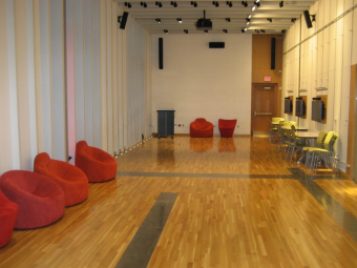 Officially opened in March 2010, the North Quadrangle Residential and Academic Complex (North Quad) is an internationally themed complex rich with innovative technology and serves as a hub for collaborative learning and exchange. It is a combination of sophisticated academic spaces and adjoining residential housing for upper–level undergraduate students. The complex includes classrooms, studios and offices for five information and communication–related University of Michigan programs. The result is a unique environment in which lively interactions among students and faculty flow seamlessly from classrooms and hallways to shared multidisciplinary learning spaces and living areas.

Located on north State Street, between Huron and East Washington Streets, North Quad is the new northwest gateway to the University of Michigan’s central campus area. It is bounded on the south side by Ann Arbor’s cosmopolitan State Street shopping area.

Even though the structure is new, the building includes a touch of the University of Michigan and Ann Arbor history. The Ann Arbor High School and Carnegie Library were built on this site in 1907. In 1956, the attached buildings were purchased by the University of Michigan and named the Henry Simmons Frieze Building, in honor of the first dean of the College of Literature, Science, and the Arts.

The building was so dilapidated that renovations were unfeasible. However, when it was razed the façade of the Carnegie Library entrance was preserved and now welcomes visitors and residents at the Huron Street entrance. In addition, a number of intricately carved stonework elements from the building were salvaged and incorporated into the exterior of the new building.