Hope, Joy, and Affection in the Classical World 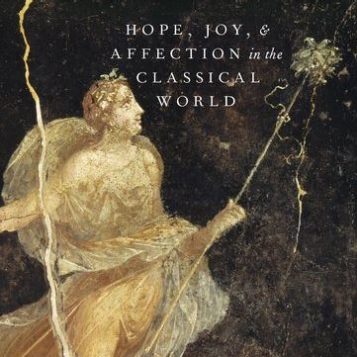 By Ruth R. Caston and Robert A. Kaster

The emotions have long been an interest for those studying ancient Greece and Rome. But while the last few decades have produced excellent studies of individual emotions and the different approaches to them by the major philosophical schools, the focus has been almost entirely on negative emotions. This might give the impression that the Greeks and Romans had little to say about positive emotion, something that would be misguided. As the chapters in this collection indicate, there are representations of positive emotions extending from archaic Greek poetry to Augustine, and in both philosophical works and literary genres as wide-ranging as lyric poetry, forensic oratory, comedy, didactic poetry, and the novel. Nor is the evidence uniform: while many of the literary representations give expression to positive emotion but also describe its loss, the philosophers offer a more optimistic assessment of the possibilities of attaining joy or contentment in this life.