The Victor's Crown: A History of Ancient Sport from Homer to Byzantium 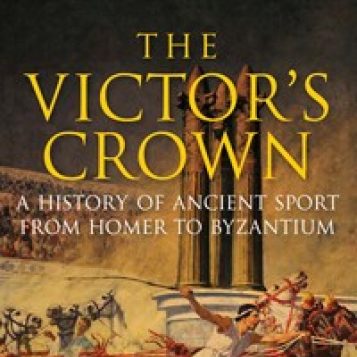 What is Sport and why do we love it? These two questions drive David Potter’s analysis of the western tradition of competitive athletics from eighth century BC to the sixth century AD. The story of ancient sport offers a paradigm for the tale of sport in our own time.

Incorporating the latest research, The Victor’s Crown opens with an analysis of the way competitive sport emerged in Greece during the eighth century BC, and then how the great festival cycle of Classical Greece came into being during the sixth century BC. Special attention is paid to the experience of spectators and athletes, especially in the violent sports of boxing, wrestling and pancration. We meet the great athletes of the past and discover what it was that made them so great.

The rise of the Roman Empire transformed the sporting world by popularizing new forms of entertainment (chiefly a specialized form of chariot racing, gladiatorial combat and beast hunts). Potter shows us what it was like to be a fan and a competitor, and how to fight like a gladiator. The Victor’s Crown looks at the physiology of conditioning, ancient training techniques and the role of sport in education. The Roman government promoted and organized sport as a central feature of the Roman Empire, as sports provided common cultural currency to the diverse inhabitants of this vast empire.

The Victor’s Crown is not just a history of ancient sport, but also an examination of role sport has played throughout history.