STS Speaker. A'uwe Objects of Care: On the Affects and Afterlives of Science 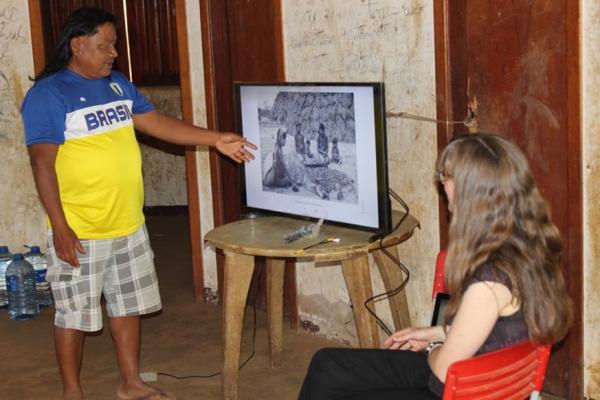 In July of 1962 a group of scientists arrived in the A’uwẽ (Xavante) aldeia of Wedezé to conduct exhaustive documentation of the Indigenous people who lived there. Among the data they created for their study in human genetics was a set of anthropometric photographs—arresting images of faces, posed at five different angles by a physical anthropologist. Over the ensuing decades, the images traveled from Brazil to Germany to the United States, accruing new scientific and social meanings as they were passed from one research group to another. As researchers used these images to correlate data and enable their repeated study of the community and their descendants, their A’uwẽ hosts developed strategies—including affective labor—to shape scientists’ work for their own political purposes. Facilitating the return of the digitized images between 2015 and 2019, I participated in this circulation and the beginning of an A’uwẽ project to reclaim these scientific materials. This talk traces the history of this research by posing the question of return: What does A’uwẽ repossession of these images teach us about how to manage and care for the products of mid-century race science? In their transit and use, the photographs tie together generations of researchers and the people they studied. They also mark the persistence and mutation of race and population science into the twenty-first century.

Rosanna Dent is a historian of the life and human sciences and an assistant professor at the New Jersey Institute of Technology. Her research focuses on how human interactions unfold in the context of knowledge production, and the implications of these relationships for questions of political and social justice. From 2021-2022 she was a member of the School for Historical Studies at the Institute for Advanced Study in Princeton, and in 2022 she is a fellow of the ACLS. She holds a PhD in History and Sociology of Science from the University of Pennsylvania.