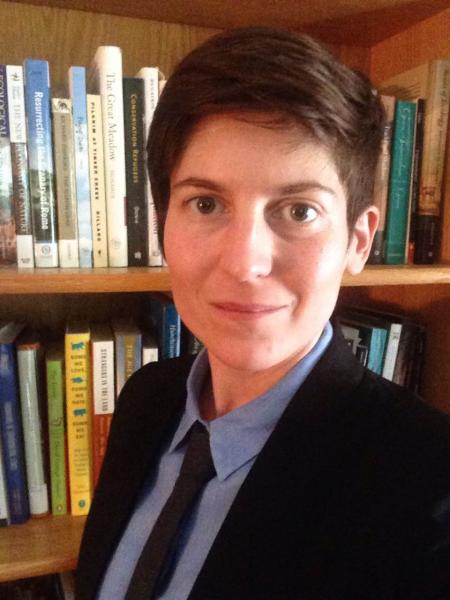 In 1950, the United States had 299 nuclear weapons in its stockpile. By 1960, it had 18,638. And by 1965, it had 31,139. As the United States and Russia massively increased both the power and the range of their nuclear weaponry, it became possible to conceive of a catastrophic, global-scale war, and the Atomic Energy Commission funded studies to investigate the economic and environmental consequences of such a war. Along with military planners, sociologists, and even science fiction writers, ecologists were tasked by the U.S. government with envisioning the immense destructive potential of nuclear weaponry. In so doing, ecologists did not picture the outcome of World War III as the total annihilation of life on earth; there would have been no point to such an exercise. Instead, ecologists anticipated a period of environmental and economic recovery after World War III and considered how the government could hasten that recovery – how they could pursue ecological restoration. Ecologists and military strategists revisited studies of past ecological disasters, including the American Dust Bowl, in their attempt to plan for apocalypse. Their Doomsday imaginings drew on ecological succession theory, expanding the category of “environmental disturbance” beyond windstorms, fires, and floods to include nuclear bombs – and, ultimately, any human action. Meanwhile, in order to simulate the effects of nuclear war, ecologists began to destroy ecological communities intentionally. They irradiated forests and fumigated islands, trying to measure how intentionally stressed communities responded. These ecosystem destruction studies reveal the key contributions that the Cold War arms race made to the theory and practice of ecological restoration.

Laura J. Martin is an assistant professor of environmental studies at Williams College. Her research and teaching lie at the intersection of environmental history, history of biology, and conservation biology. She is currently finishing a book on the history of ecological restoration as an idea, a practice, and a scientific discipline.
Science, Technology, and Society Program (STS)
1029 Tisch Hall
435 South State Street
Ann Arbor, MI 48109-1003
umstscontact@umich.edu
734.763.2066
Sitemap
Twitter