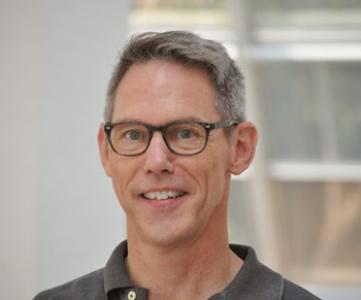 David K. Johnson (Ph.D. Northwestern) is an Associate Professor in the history department at the University of South Florida. His first book, "The Lavender Scare: The Cold War Persecution of Gays and Lesbians in the Federal Government," (University of Chicago, 2004) won three awards, including the Herbert Hoover Book Award and the Randy Shilts Award for Gay Nonfiction. A documentary film version of "The Lavender Scare" by Emmy-award winning director Josh Howard is currently on the film festival circuit. Johnson co-edited "The U.S. Since 1945: A Documentary Reader" (Wiley-Blackwell, 2009), an anthology of primary source documents for students studying modern American politics and culture. He was a contributing author to the National Park Service’s "LGBTQ America: A Theme Study of Lesbian, Gay, Bisexual, Transgender and Queer History." Johnson has held fellowships at the National Humanities Center, the Smithsonian Institution, the Social Science Research Council, CUNY’s Center for Gay and Lesbian Studies, and the Leather Archives and Museum. He is currently completing the book “Buying Gay: Physique Magazines, Censorship, and the Rise of the Gay Movement,” which chronicles the rise of a gay commercial network in the 1950s and 1960s.