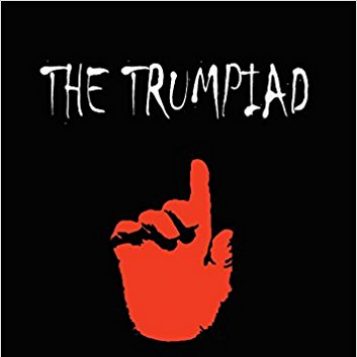 The new U.S. president doesn't read books, but for everyone else, there's Cody Walker's The Trumpiad, a blistering and hilarious take on America's political collapse. "Key Difference: I wouldn't lump / Trump / in with Hitler and Mussolini. / Trump's hands are littler. (They're teeny.)" The Trumpiad will be published on April 29, 2017, which will mark Trump's 100th day in office. All proceeds will be donated to the ACLU.