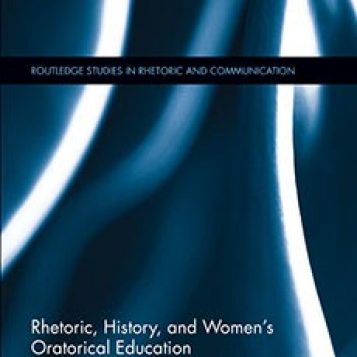 Historians of rhetoric have long worked to recover women's education in reading and writing, but have only recently begun to explore women's speaking practices, from the parlor to the platform to the varied types of institutions where women learned elocutionary and oratorical skills in preparation for professional and public life. This book fills an important gap in the history of rhetoric and suggests new paths for the way histories may be told in the future, tracing the shifting arc of women's oratorical training as it develops from forms of eighteenth-century rhetoric into institutional and extrainstitutional settings at the end of the nineteenth century and diverges into several distinct streams of community-embodied theory and practice in the twentieth. Treating key rhetors, genres, settings, and movements from the early republic to the present, these essays collectively challenge and complicate many previous claims made about the stability and development of gendered public and private spheres, the decline of oratorical culture and the limits of women's oratorical forms such as elocution and parlor rhetorics, and women's responses to rhetorical constraints on their public speaking. Enriching our understanding of women's oratorical education and practice, this cutting-edge work makes an important contribution to scholarship in rhetoric and communication.