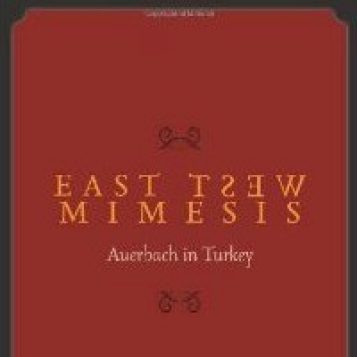 East West Mimesis follows the plight of German-Jewish humanists who escaped Nazi persecution by seeking exile in a Muslim-dominated society. Kader Konuk asks why philologists like Erich Auerbach found humanism at home in Istanbul at the very moment it was banished from Europe. She challenges the notion of exile as synonymous with intellectual isolation and shows the reciprocal effects of German émigrés on Turkey's humanist reform movement. By making literary critical concepts productive for our understanding of Turkish cultural history, the book provides a new approach to the study of East-West relations.

Central to the book is Erich Auerbach's Mimesis: The Representation of Reality in Western Literature, written in Istanbul after he fled Germany in 1936. Konuk draws on some of Auerbach's key concepts—figura as a way of conceptualizing history and mimesis as a means of representing reality—to show how Istanbul shaped Mimesis and to understand Turkey's humanist reform movement as a type of cultural mimesis.