From Kabbalah to Class Struggle: Expressionism, Marxism, and Yiddish Literature in the Life and Work of Meir Wiener 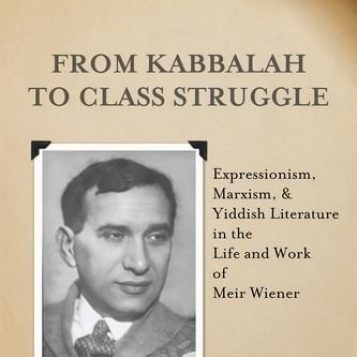 Winner of the 2012 Fenia and Yaakov Leviant Memorial Prize, sponsored by the Modern Language Association.

From Kabbalah to Class Struggle is an intellectual biography of Meir Wiener (1893–1941), an Austrian Jewish intellectual and a student of Jewish mysticism who emigrated to the Soviet Union in 1926 and reinvented himself as a Marxist scholar and Yiddish writer. His dramatic life story offers a fascinating glimpse into the complexities and controversies of Jewish intellectual and cultural history of pre-war Europe. Wiener made a remarkable career as a Yiddish scholar and writer in the Stalinist Soviet Union and left an unfinished novel about Jewish intellectual bohemia of Weimar Berlin. He was a brilliant intellectual, a controversial thinker, a committed communist, and a great Yiddish scholar—who personally knew Lenin and Rabbi Kook, corresponded with Martin Buber and Hugo von Hofmannsthal, and argued with Gershom Scholem and Georg Lukács. His intellectual biography brings Yiddish to the forefront of the intellectual discourse of interwar Europe.