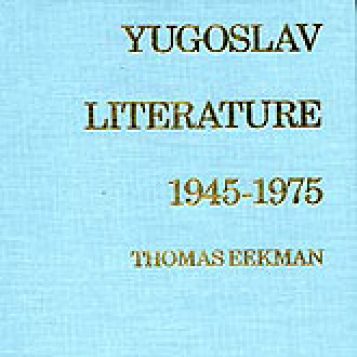 Published under the auspices of The Joint Committee on Eastern Europe, American Council of Learned Societies, and the Social Science Research Council by Michigan Slavic Publications.

This book is written with a twofold aim: to provide information for the English reading public interested in Southeast European affairs, particularly in the cultural field; and to serve as a textbook for students of the Yugoslav literatures. In recent times, the history of these literatures has been presented in only one book in the English language: Antun Barac's Yugoslav Literature. This work, however, was originally published in 1954 and it contains only three pages on post-World War II literary trends.

Thus the present book is a continuation on Barac's history. The material is divided into three periods. First, attention is paid to authors who started publishing before the war but were also active and of some prominence in the post-war period. The second part embraces authors born in the years 1920 through 1930: the first post-war generation(s). And finally there are the younger generations.

The literatures of the main Yugoslav nations, even though politically united, and even after the common experience of World War II and of construction within a socialist state, have each preserved their particular character in their language, traditional styles, themes, etc. That is the reason for the division into six geo-political and cultural-historical entities: Serbia (including Vojvodina and Kosovo), Croatia (including Dalmatia), Bosnia (under which heading literature from adjoining Hercegovina is discussed), Montenegro, Slovenia, and Macedonia.