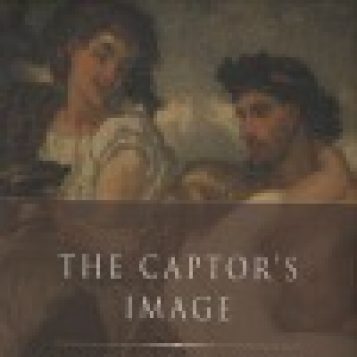 An influential view of ecphrasis--the literary description of art objects--chiefly treats it as a way for authors to write about their own texts without appearing to do so, and even insist upon the aesthetic dominance of the literary text over the visual image. However, when considering its use in ancient Roman literature, this interpretation proves insufficient. The Captor's Image argues for the need to see Roman ecphrasis, with its prevalent focus on Hellenic images, as a site of subtle, ongoing competition between Greek and Roman cultures. Through close readings of ecphrases in a wide range of Latin authors--from Plautus, Catullus, and Horace to Vergil, Ovid, and Martial, among others--Dufallo contends that Roman ecphrasis reveals an ambivalent receptivity to Greek culture, an attitude with implications for the shifting notions of Roman identity in the Republican and Imperial periods. Individual chapters explore how the simple assumption of a self-asserting ecphrastic text is called into question by comic performance, intentionally inconsistent narrative, satire, Greek religious iconography, the contradictory associations of epic imagery, and the author's subjection to a patron. Visual material such as wall painting, statuary, and drinkware vividly contextualizes the discussion. As the first book-length treatment of artistic ecphrasis at Rome, The Captor's Image resituates a major literary trope within its hybrid cultural context while advancing the idea of ecphrasis as a cultural practice through which the Romans sought to redefine their identity with, and against, Greekness. Publisher: Oxford University Press Month of Publication: February Year of Publication: 2013 Location: New York, NY