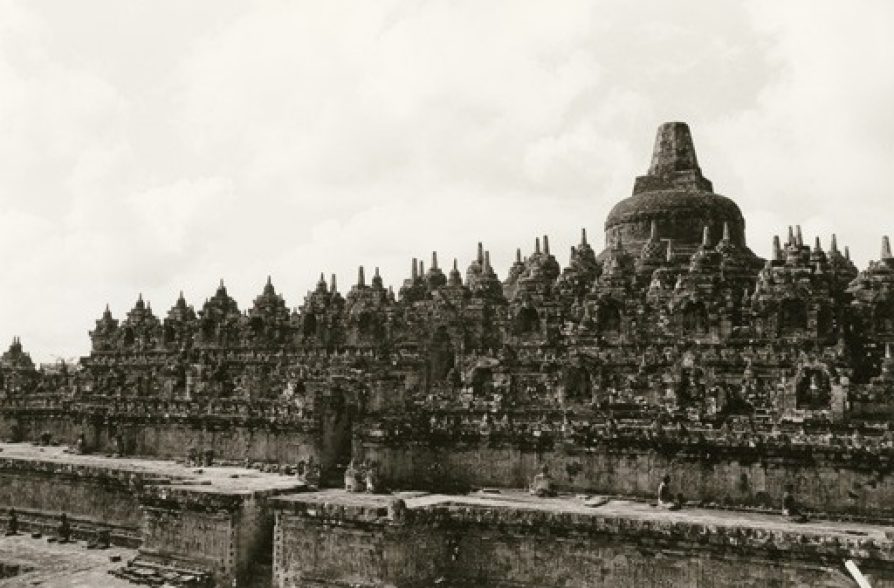 The Borobudur Temple Compound is a phenomenal monument located in Java, Indonesia. According to UNESCO’s World Heritage list, it is considered the largest Buddhist monument in the world. Built between the 8th and 9th centuries, the temple is believed to have played an integral role in Buddhist society during the rule of the Syailendra Dynasty. Holding to Buddhist architectural conventions, the temple is constructed in the shape of the sacred lotus flower. Additionally, the three temples that make up the compound represent three different steps taken to achieve Nirvana. Nirvana is defined as the ultimate liberation of the soul that an individual must strive for during his or her lifetime.

The compound derives some of its style from India as well. The narrative reliefs that line the exterior are reflective of this influence. This feature additionally reveals the Borobudur Temple Compound’s purpose as a pilgrimage site. The narratives are placed in an order so that the pilgrims can view them as they walk around the complex, while keeping it on the right side at all times. The reliefs narrate the story of Buddha as well as reiterate the expectations of Buddhists who wish to attain Nirvana.

A combination of tourism and the natural environment have contributed to the deterioration of the Borobudur Temple Compound. From vandalism to volcanic eruptions, the compound has suffered a great deal of damage over the years. Studies are being conducted to determine additional factors that may be threatening the monument. A number of conservation efforts have been taken to restore the compound. UNESCO has helped to restore damages due to these causes. After the eruption of Mount Merapi in 2010, the amount of ash deposit from the volcano has been constantly monitored while a plan for how to deal with natural disasters in the future is currently being formulated. The Borobudur Heritage Conservation Office has been working on raising awareness of the temple compound’s significance, by establishing educational programs geared primarily towards the younger population.

Aside from being the most popular tourist site in Indonesia today, the Borobudur Temple Complex serves as a place for religious activities as well. Various Buddhist rituals and dance performances are held at the monument, preserving its role as a spiritual and cultural center. The Visual Resources Collections possesses a thousands of photographs of this impressive temple compound. They are a part of a large and diverse collection of Southeast Asian Art at the University of Michigan.  Look for more high resolution images coming to our site soon!