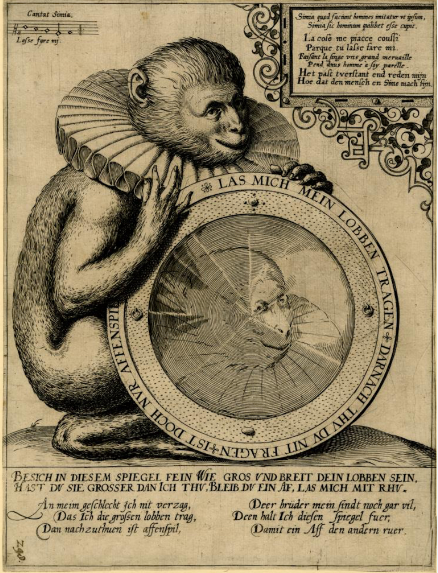 Abstract: This paper examines Shakespeare’s Hamlet in the context of posthuman theory, specifically the nonhuman turn to cognitive science and evolutionary science (adapted brain). For socio-biologists and linguists, recursion is considered a fundamental mechanism of human language, a sequence formula that requires it's output as a component of it's first step, hence the analogy of sourdough yeast (you need sourdough to make sourdough). Hamlet’s conceit of habitual memory--Osric’s “yeasty collection”--calls attention to the regenerative performative elements of his own memory work. If humans figure in the deep history of evolution as exhibiting a plasticity that enables us to adapt to many environments with different selection pressures, then it is because our capacity for self-reflection has enabled us to charge our habitual memory to work toward an endless set of adaptive goals across a range of environments.
Renaissance humanism seems, from this perspective, not so much the birth of the human, as the return of a set of co-evolved cognitive attributes released through rote literacy practices. Bearing witness to the deep history of the species within the early modern, Hamlet’s posthuman ontology intimates the serendipity of contingency and the unbound nature of plasticity.
English Language and Literature