Alumni Skillshare: Obstacles and Challenges on The Path to Publication 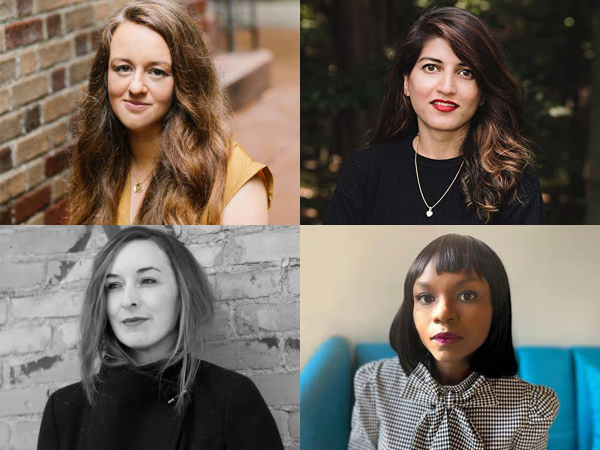 This event is virtual-only (via Zoom) and is open to Helen Zell Writers' Program MFA students, Zell Fellows, and alumni, as well as U-M graduate students. It is not open to the general public. Please email Ashley Bates (asbates@umich.edu) for login instructions.

Our alumni panelists include:

Danielle Lazarin (HZWP Class of 2007) is the author of Back Talk: Stories (Penguin Books, 2018). Her fiction can be found in The Southern Review, Colorado Review, Indiana Review, Glimmer Train, Five Chapters, Boston Review, and elsewhere. Her non-fiction has been published by The New York Times, The Cut, and Literary Hub. Her work has been honored by the New York Foundation for the Arts, the Northern Manhattan Arts Alliance, the Glimmer Train Family Matters Award, Hopwood Awards, the Millay Colony for the Arts, and The Freya Project. She teaches and lives in her native New York, where she is at work on a novel.

Mairead Small Staid (HZWP Class of 2014) received Hopwood Awards in poetry and nonfiction. Her work has been supported by MacDowell and the George Bennett Fellowship, and has appeared in The Atlantic, The Believer, The Paris Review, and elsewhere. Her first book, The Traces: An Essay, was published by A Strange Object/Deep Vellum in 2022.

Mary-Alice Daniel (HZWP Class of 2013) is a Cave Canem Fellow whose poems have appeared in American Poetry Review, Prairie Schooner, The Iowa Review, New England Review, Indiana Review, and Best New Poets. A decade in the making, her forthcoming first book of poetry, Mass for Shut-Ins, won the 2022 Yale Younger Poets Prize. Her first book of prose, A Coastline Is an Immeasurable Thing, was published by Ecco/Harper Collins last November and was named People's Book of the Week and one of Kirkus’s Best Nonfiction Books of 2022. The memoir incorporates years of original ethnological research about the borderlands between Niger/Nigeria.

Dur e Aziz Amna (HZWP Class of 2021) is from Rawalpindi, Pakistan, and now lives in Newark, New Jersey. Her work has appeared in the New York Times, Al Jazeera, and Dawn, among others. She was selected as Forbes 30 Under 30 in 2022, and won the 2019 Financial Times / Bodley Head Essay Prize. Her debut novel, American Fever, came out in August 2022.
English Language and Literature