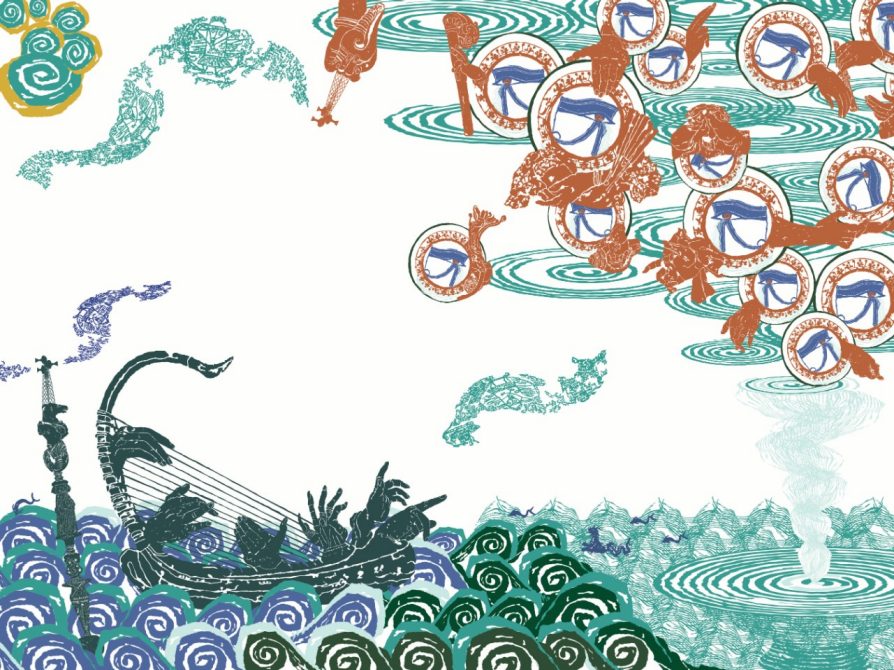 Cosmic Designs U-M faculty reflect on Jim Cogswell's "Cosmogonic Tattoos," his series of public window installations in response to the holdings of the U-M Museum of Art and the Kelsey Museum of Archaeology.
Previous Slide Next Slide

CfC conference on Classicisms in the Black Atlantic, published by Oxford University Press

A collection of essays based on the conference "Classicisms in the Black Atlantic," organized in 2014 by U-M Professor of History Ian Moyer and sponsored by Contexts for Classics, was published in 2020.

To celebrate its twentieth anniversary, Contexts for Classics is expanding its annual Classical Translations contest to include a wider range of languages.

Contexts for Classics (CfC) was founded in 2001 to explore the reception of classical antiquity in various historical, critical, and creative contexts. Since 2013, we have been affiliated with the UM Institute for the Humanities and we are an overseas partner in the International Classical Reception Studies Network (ICRSN). Browse our website to learn more about our mission,  our affiliated faculty,  resources for research in classical reception studies, and information about our annual classical translations contest.  We also coordinate events around campus related to classical reception, and we encourage UM faculty and students to submit event proposals for seed funding and co-sponsorship from Contexts for Classics.

Contexts for Classics oversees an interdisciplinary and interdepartmental graduate certificate program, open to masters and doctoral students in any department at the University of Michigan with an interest in "classical" languages, literatures, and traditions (including but not limited to Greek, Latin, Tamil, Armenian, Assyrian, Sanskrit, Coptic, Persian, Syriac, Chinese, Japanese, Arabic, Hebrew, Middle Egyptian, Sumerian and other ancient languages).

The Graduate Certificate in Classical Reception Studies encourages students to explore the longer history of "the classical" (as idea, ideal, ideology) and to analyze the mediated, situated, and contingent ways in which classical languages and cultures are reimagined in other contexts.  It offers an opportunity to develop an area of expertise in classical reception studies through coursework and a flexible capstone that may take the form of scholarly research, creative work, pedagogical training, and public-facing projects.

By supporting the graduate certificate and activities related to this new program, Contexts for Classics strives to create an intellectual community for graduate students across departments, and a space for interdisciplinary dialogue about the meaning and value, the translation and transmission, and the multiple uses (and abuses) of ancient languages and cultures, within diverse cultural and historical contexts.

We also strive to make connections with the public through initiatives like Local Classics, which seeks to expand and complicate what it means for Classics to play out in the public spheres closest to us at U-M and in Ann Arbor.

To join our email list for news and events, please send an email request to CFCInformation@umich.edu.

Welcome to Contexts for Classics, an interdepartmental consortium of faculty at the University of Michigan. We are dedicated to interdisciplinary exploration of classical traditions in diverse cultural, critical, and creative contexts.

We strive to support our students and faculty on the front lines of learning and research and to steward our planet, our community, our campus. To do this, Contexts for Classics needs your support.