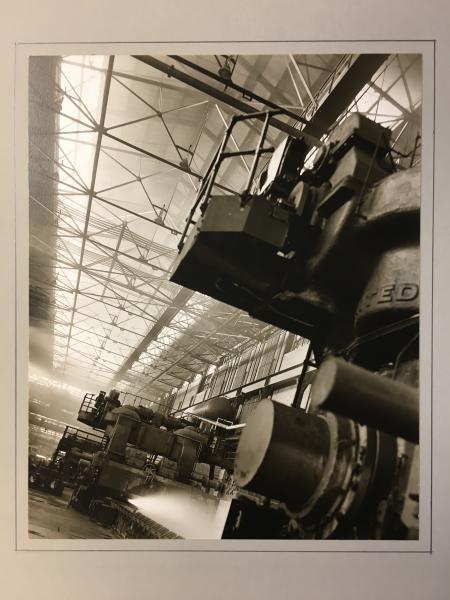 1. “’Improve the Roads’: Valerian Osinsky, the American Automobile, and the Campaign to Overcome Russian Roadlessness in the 1920s-30s,” Lewis Siegelbaum, Michigan State University
2. “The Art of the Standard: Andrei Burov discovers America,” Richard Anderson, Edinburgh University
3. “Foreign Specialists in Soviet Industry in the 1920 and1930s: Forgotten History or Soviet Ideology? The case of Eastern Ukraine,” Oksana Chabanyuk, Kharkiv National University of Civil Engineering and Architecture
4. “A Monument to the First Five-Year Plan: Moscow’s Palace of Soviets and the Afterlife of Amerikanizm through the 1930s,” Katherine Zubovich, Ryerson University

Overview:
Between 1928 and 1932 several dozen American architects and engineers, most of them affiliated with Albert Kahn Associates, migrated from Detroit to Moscow to build the industrial campuses that modernized the Soviet Union. They set in motion over 500 construction projects, and trained over 300 Soviet designers, technicians, and draftsmen in American methods of design and implementation. During the very years in which architects from Detroit helped build Soviet factories, in notable cases with prefabricated components imported from the US, urban theories on linear city morphology as a fitting mode for industrialization blossomed in the USSR. English-language publications such as USSR in Construction featured compelling images of these monumental achievements, depicting Soviet progress in culture as well as technology. “Soviet Detroit,” as the industrial capital Nizhny-Novgorod would be called, was only one of many America-inspired cities developed during the first Five-Year Plan, which also included “Sibirsky Chicago” (Novosibirsk) and “Soviet Gary” (Magnitogorsk).

By the end of 1932, most of the American experts had returned, both to Detroit and to sites spread across the country. Over the four years of their stay, American journalists had celebrated their work on a regular basis. As the US economy recovered from the Great Depression and moved inexorably toward war, a small number of architects and engineers who participated in Soviet industrialization performed comparable tasks back in the United States. Linear urbanism grew up around American metropolises, particularly in the Midwest, in new communities such as Livonia, Michigan, strung alongside massive new factory complexes. The impact of Soviet urbanism on these communities remains to be assessed.

Moscow x Detroit: Transnational Modernity in the Built Environment will bring together distinguished historians of art, architecture, urbanism, and social history, to consider a critical moment in twentieth-century history, one that ramifies outward from the late 1920s to ripple through the later industrialization of the US and the USSR, affecting culture and the built environment for decades after. Its focus will be transnational exchange in both directions (initially toward the USSR, but also back to the USA), infrastructure development, and the impact of built environments (factories, housing, green zones) on cities built to serve industry, but surviving long after its evacuation. Participants, including specialists in both the American and the Soviet situation, will consider specific spatial questions, as well as broader analyses of the hidden effects of the “second Industrial Revolution” on culture, social organization, and the built environment on two continents.

Only recently has the complex of industrial developments that unfolded between Moscow and Detroit begun to receive notice in architectural and urbanistic scholarship. Groundbreaking research has focused new attention on the larger ramifications of this massive transfer of knowledge in both directions. Looking further into these developments, Moscow x Detroit is scheduled to coincide with the opening of an exhibition at The Canadian Centre for Architecture, Amerikanizm: Russian Architecture in Search of a New New World, that opens in Fall 2019 (curator: Jean-Louis Cohen).

Organizers:
Department of the History of Art, University of Michigan in coordination with The Canadian Centre for Architecture, Montreal