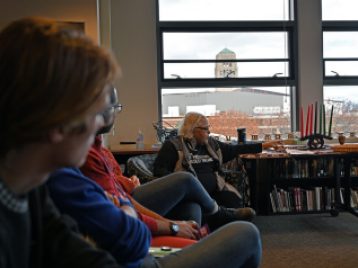 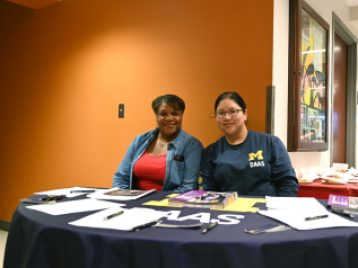 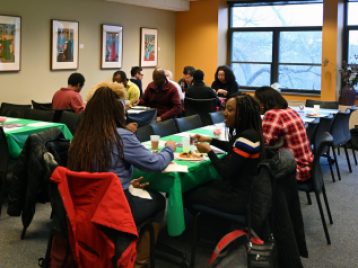 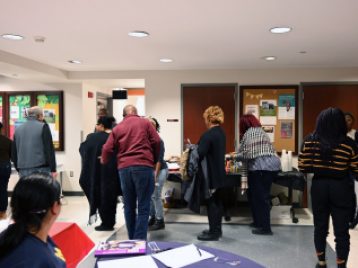 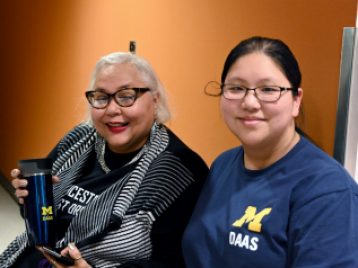 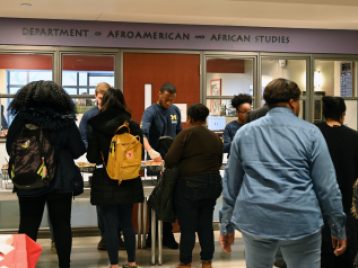 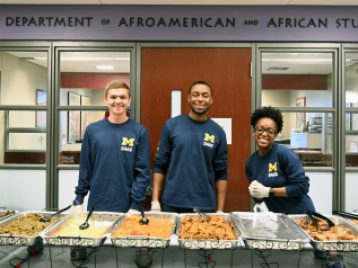 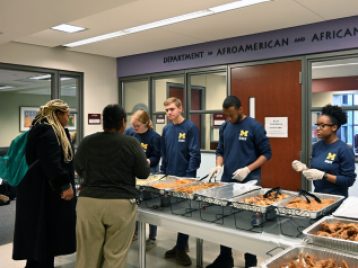 The Department of Afroamerican and African Studies held its annual pre-Kwanzaa festival on Friday, December 6, 2019. The fourth and fifth floors of Haven Hall were filled with the joyful sounds of people gathered to celebrate the accomplishments of another year in anticipation of DAAS’ 50 th anniversary in 2020. Although Kwanzaa (meaning: first fruits) is celebrated from December 26-January 1 and was designed by Dr. Maulana Karenga in the late sixties as a response to the commercialism of the holiday season, DAAS offers their celebration earlier while U-M is in session. The event began with a reflection on the seven principles of Kwanzaa which include Umoja (unity), Kujichagulia (self-determination), Ujima (collective work and responsibility), Ujamaa (cooperative economics), Nia (purpose), Kuumba (creativity) and Imani (faith), followed by a Karamu (feast). During the dinner, where faculty, students and staff mixed and mingled, DJ Kyle Trocard, a senior in the Ross School of Business played a variety of songs that encouraged people to dance. Well over 150 people attended and a great time was had by all.