Are there prerequisites for the cognitive science major? 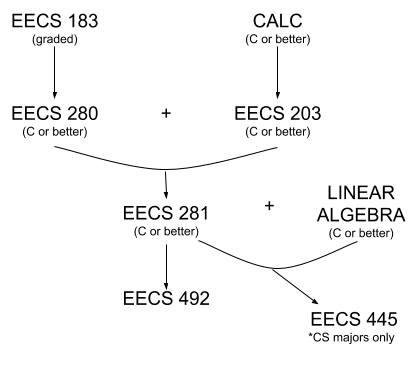 Can I double major with cognitive science?

For students wishing to double major with majors such as Psychology and Linguistics, we encourage you to carefully consider the amount of coursework that overlaps between your CogSci track and your intended second major. For example, the Linguistics major requires LING 313, LING 315, and LING 316, all of which fulfill requirements on the Cognitive Science Language track. A student with a double major in Linguistics and the CogSci Language Track would likely use these courses as their three double-counted courses. However, there are many more courses that overlap between the two curricula. The student in this example would end up taking many courses that are listed on both curricula, but would have to designate some to count for Linguistics and some for CogSci (i.e., they’ll take a lot of Linguistics!) To mitigate this issue, consider choosing a CogSci track that will allow you to double count up to the three allotted courses, but doesn’t have so many overlapping courses that you will end up needing additional coursework.

Can I minor in cognitive science?

No. At this time, the Weinberg Institute for Cognitive Science does not have a minor for undergraduate students.

Can I pick more than one cognitive science track?

No. Students select one of the four tracks at the time they declare the Cognitive Science major. However, students may change their track at any point before graduation. In order to do so, students should make an advising appointment.

How many cognitive science majors are there at the University of Michigan?

Over 200 students are majoring in cognitive science! We are one of the fastest growing majors so this number is always increasing. The computation and decision tracks are the most commonly declared tracks.

Is it possible to receive funding from the Weinberg Institute for Cognitive Science?

I can't get into one of the Cog Sci courses! Help!

As an interdisciplinary major, we know registering for courses can be challenging, and we apologize for any difficulty you’re experiencing. This guide contains some of the common registration issues cognitive science students face. If you’re facing a different issue, please schedule an advising appointment or email Weinberg-Institute@umich.edu.

The B.S. degree requires 60 credits of approved courses in the physical and natural sciences and/or mathematics. It does not matter whether or not the 60 credits are a part of the cognitive science curriculum.

What kind of career can I pursue with a Cognitive Science degree?

Because of the interdisciplinary nature of the curriculum, there are lots of post-graduation options for students who major in cognitive science! Many of our students go on to pursue research; they work in cognitive science (or related fields) research labs across the country and may go on to pursue a PhD in Cognitive Science, Psychology, Philosophy, Linguistics, or something similar. Other students pursue professional graduate programs such as MBA programs, medical school, law school, or MSW programs. And still other students pursue careers in consulting, sales, marketing, user experience design, and software engineering.

What is the most popular Cog Sci class?

COGSCI 200 is a favorite of many of our students! PHIL 340 - Minds and Machines - is also popular. The Cognitive Science Peer Facilitators would be happy to recommend other classes to you!

When can I declare cognitive science as my major?

You can declare cognitive science after the add/drop deadline of the semester you are enrolled in COGSCI 200.

Can I study abroad while doing a CogSci major?

Many of our students pursue Study Abroad opportunities and receive CogSci credit for their coursework! If you’d like to learn more about what Study Abroad programs might be a good fit for you, check out our Cognitive Science Abroad page.

What should I know about taking upper level EECS/SI coursework?

Certain departments have special considerations for enrolling in upper level courses. Check out this handy course guide to learn more!

I found a great course that I think might have a lot of Cog Sci content. Can I count it toward my curriculum?

You may petition courses to count toward your curriculum if you believe the class(es) in question have over 50% CogSci content. You may review the Course Petition process here.