Michael Galaty conducts field research in Albania, Greece, and Kosovo. He is a prehistorian with interests in the origins of social inequality, the rise of the state, and political-economic change, as well as archaeometry, including ICP-MS, PXRF, and ceramic petrography.

Galaty has worked in the Balkan nation of Albania since 1998. From 1998 to 2003, he co-directed Albania’s first-ever large-scale, intensive regional survey, the Mallakastra Regional Archaeological Project (MRAP). MRAP surveyed the hinterland of the large Classical city of Apollonia, located in central Albania. The project was designed to investigate interactions between colonial Greeks and local Illyrians, with a focus on changes in regional settlement patterns through time. From 2004 to 2008, Galaty co-directed the Shala Valley Project (SVP). The SVP surveyed the Shala Valley, located in the northern Albanian Alps, and home to the Shala fis ("tribe"). Northern Albania’s unique tribal system formed in the Late Medieval period and depends on a complex body of oral customary law, called the Kanuni i Lekë Dukagjinit. The SVP also discovered and excavated a prehistoric hillfort, called Grunas. In 2013, the SVP published a final report titled Light and Shadow: Isolation and Interaction in the Shala Valley of Northern Albania (UCLA Cotsen), which won the Society for American Archaeology’s 2014 Book Award in the Scholarly Category. Finally, from 2010 to 2014, Galaty co-directed the Projekti Arkeologjik i Shkodrës (PASH). PASH was designed to study the sudden appearance of hill forts and burial mounds in northern Albania, along the shores of Lake Shkodra, sometime around 4000 BC. 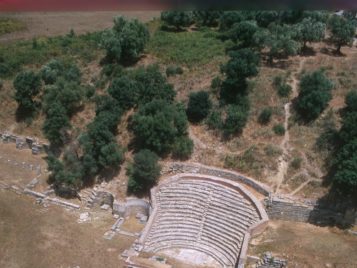 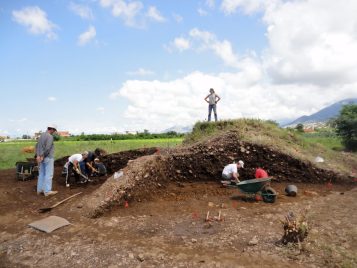 Galaty has worked in Greece since the early 1990s, having conducted dissertation research at the Mycenaean Palace of Nestor at Pylos. He maintains an active interest in Mycenaean archaeology and consults on several Mycenaean research projects, including the Iklaina Archaeological Project (IKAP) and a project to document and publish fully the Linear B tablets from Pylos, including PXRF analysis, which Galaty oversees. Galaty co-directs The Diros Project, a program of survey and excavation focused on Neolithic Alepotrypa Cave in the Mani region. The Diros Project conducted excavations at the site of Ksagounaki, located just outside Alepotrypa, finding evidence for a large Copper Age village and an unexpected Mycenaean ossuary. 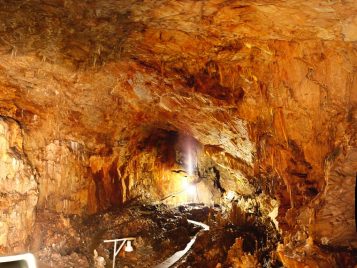 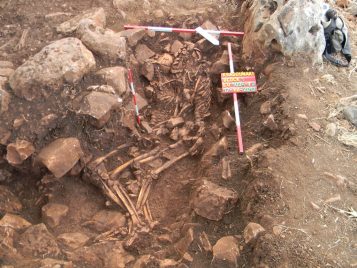 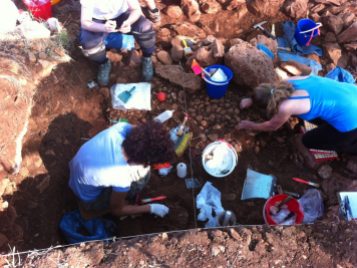 In 2018, in collaboration with the Kosovo Institute of Archaeology, Galaty will launch a new research project in western Kosovo, in the Peja-Istog region. The project will begin with intensive survey and documenting of sites in the region. The city of Peja sits just on the other side of the mountains from Shkodra and Shala. A main goal of the project is to understand interaction between Kosovo and Albania and similarities and differences in their respective archaeological records. 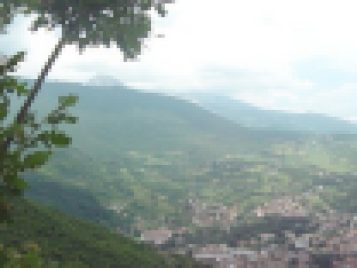