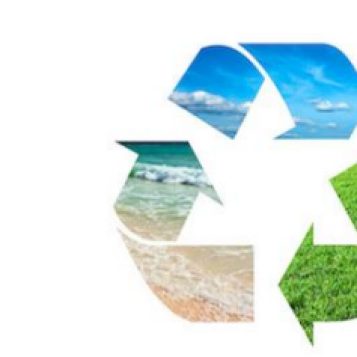 Do all neighbors recycle equally? In this episode Alyza Hogston explores recycling infrastructure and culture in her hometown of Westland, Michigan and neighboring Wayne.

Alyza: This is Neighborly Differences the podcast that
compares and contrasts cities in close proximity to one another. I am Alyza Hogston current undergraduate student at the 7th leading environmental school in America, the University of Michigan. Episode One: Recycling Culture. This episode will cover cultural differences between 2 Detroit suburban cities, the impacts that they have on sustainability, and the best way to improve future recycling efforts within different areas.

Coming from one of these Detroit City suburbs, I noticed there was a big
difference between neighborhoods ability to recycle easily. My hometown, Westland, had curbside recycling while the neighboring city, Wayne, didn’t. It seemed strange for them to be so close and similar to one another but be so different when it came to sustainability prospects. I set out to get answers about why Wayne and Westland were so different. I met up with Darren Zielke-Platt, a current resident of an apartment complex in Westland. Even though the city had curbside recycling, the apartment complex was lacking.  I asked about his efforts to recycle and why he continues to do so.

Darren Zielke-Platt: I recycle by looking at the containers that I have and seeing if they are recyclable, if there is a certain way they should be recycled, and then I separate them from my trash after cleaning them and put them in their own separate bin. I take the items to the recycling center that is for our community.

Darren Zielke-Platt: It's worth it.

Darren Zielke-Platt: I think funding in the communities is a large cause as far as why we wouldn't have curbside recycling and more recycling programs aren’t available. And then also, just how it’s looked at. I mean most areas, recycling is looked at as a good thing, but for a lot of areas, it’s just looked at as a hassle or some people just don’t really care for it so they don’t do it.

Alyza: What are some ways to get like other people involved?

Darren Zielke-Platt: I would say by making it more available to them. Show them how much it helps or any kind of statistic that might make them correct their actions or do otherwise in regards to recycling.

Alyza: Do you think educating them would help?

Darren Zielke-Platt: Because, I mean, they always say spread awareness with the environment to people who don’t believe in global warming or climate change.

Alyza: How do you feel about getting it more involved in school curriculum?

Darren Zielke-Platt: Well, they always say that the youth is our future, so I would say trying to instill this at a younger generations mind on the importance of recycling would be a good idea because they would be more likely to try to implement it at home or somewhere else.

Alyza: There seem to be cultural aspects to all this madness. Some communities just weren't as interested in recycling as others. There had to be a way to encourage a culture change I decided to investigate this idea of implementing recycling in schools.
I set out to get answers about one of the main high schools of Wayne and Westland and I talked to Andrew Dodds current recycling organizer at the school and I asked him how he helps with recycling in a school where the majority of the population is without recycling at home.

Andrew Dodds: Once a week, I have students that help me out. My human anatomy and physiology classes. Those are kids that tend to be on a higher level, more mature side of our student population. And so I send them out, then they go around the building and they collect recycling from all of the classrooms.

Alyza: How much of the recycled waste do you think you guys collect?

Andrew Dodds: I think it varies. I mean, we have… so certain points of the year it's really heavy I would say on average we’re anywhere from maybe 200 to 500 pounds a week. But when we get to end of a semester or end of the school year, teachers throw out everything. I actually have to take a really large bin and use the elevator and collected floor by floor different hours because it's…it’s a lot of recycling. But I think it's a good thing.

He was constantly introducing the students to the recycling effort and getting them involved in ways not offered by the school. I got his thoughts on implementing it in the teachings at school.

I think it's one thing… I mean the environment it's an important topic
especially nowadays I think we should… be our students that are going through school here should be more aware of the environment than most others in the country. So I think it would be a good thing.

Alyza: How do you think getting students might affect future recycling efforts?

Andrew Dodds: It makes them more aware. They'll have a step up on others, maybe, in terms of what can be recycled and really reducing their garbage down to the lowest level possible.

This has been Neighborly Differences.
Thanks for listening! And a special thanks to Darren Zielke-Platt for creating the music for this podcast.