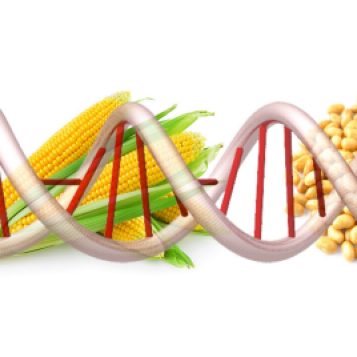 GMOs, or genetically modified organisms, have been the source of much confusion for consumers and farmers alike. In this episode of the SLE Podcast Stephanie Ganzi asks School of Public Health Professor Andrew Jones about GMOs in hopes of getting to the bottom of the issue.

Welcome to Equal Environment, your unbiased source of news on the intersection of sustainability and society. I’m Stephanie Ganzi, and today we’ll be talking about genetically modified organisms, or GMOs, species that have been genetically engineered to be more useful to humans. While they have been increasingly used as food crops in recent years, composing a large part of today’s food supply, the debate over their usage remains highly polarizing, with many supporting them wholeheartedly while others cry for their discontinuation.

Those who oppose GMOs either do so because of ethical reasons regarding genetic engineering, safety concerns over their edibility, or environmental reasons. GM crops can have major impacts on ecosystems, with many of these crops have been engineered to be resistant to herbicides, which allows farmers to spend less time and effort individually targeting weeds and instead be able to spray the whole field with herbicides. While efficient, this has the unfortunate side effect of killing plants growing in the marginal land around the fields like milkweed. The public began to take notice in the early 2000s when the monarch butterfly population [butterfly wings sound effect] was impacted, the reduced availability of milkweed leaving them with less food. The butterfly became a symbol of the anti-GMO movement and represents how GMO use can unintentionally alter the environment.

People who support GM crops tend to look at the issue from more of a human health perspective. They believe the benefits, such as reduced pesticide use, increased efficiency, and greater ability to feed starving people, outweigh the costs. I met with Andrew Jones, an Assistant Professor of Public Health at the University of Michigan and food systems expert, to explain the situation. [Bird song sound effect plays.]

Well I think, I think there’s a lot of potential for genetically modified foods to be a really useful technology for things like preventing climate—the worst effects of climate change on, on crop production, for example. Utilizing the technology for, like, drought resistance, in particular, or heat tolerance, or preventing, you know, damage from certain pests to allow us to keep producing foods in higher yields, especially in, like lower income countries where they’re going to be very susceptible to climate change. I think the use of GMOs in those contexts can be really important. It can be another tool in our, in our kind of, in our toolbox, as it were, for ensuring food security.

I think consumers in the European Union who are very wary of genetically modified foods and many other consumers in the United States and elsewhere, they’re certainly entitled to their opinion and they’re worried, and the research that’s been done on GMOs looking at their health impact has been done over a relatively short time period, so there’s no guarantee that the foods have no impact on health ‘cause, I mean, you need to look at health impacts over the long term, but today there’s really been no studies that have come out showing that there’s any kind of detrimental impacts to human health of consuming genetically modified foods. In terms health risks, there’s not really any strong base of evidence suggesting that.

I think there is a lot of, I think, appropriate concern about access to seed and farmers and being able to, [Tractor sound effect plays.] being able to control where the seed comes from, just for the crops to grow and knowing where that comes from, and having control of it, and having control of technology being consolidated into the hands of very few corporations. I think there’s a lot of concern about that.

A lot of the, the GM technology that’s been out there now has been focused on improving yields of crops, so you know having crops that are resistant to glyphosate, the roundup product that gets sprayed, or like BT cotton, [Wind through field sound effect plays.] being able to ensure greater yields of cotton through BT resistance gene. There have been some crops like golden rice, which is a form of rice that’s genetically modified to have higher—or to have beta-keratin in it, with the idea that if it’s consumed widely then it could help to alleviate vitamin A deficiency. So there’s definitely potential for genetic modification to influence nutritional deficiencies but golden rice has not been widely accepted and there’s been obviously a lot of push back against genetic modified foods overall, and that has caused it to not really be—to widely impact populations.

I think there’s been a lot of misinformation about it. I think people don’t necessarily know the, the research literature about the health effects so there’s been some misinformation about, about the health effects. I think people are rightly sceptical about changes to their, to the food supply. I mean, generally in the United States we’re to the point where we don’t really know where our food comes from, by and large. There’s been a huge local food movement in recent years, and people are starting to kind of reconnect with where their food comes from, but because we don’t know where it comes from, we get things like genetic modification and we think about—I don’t think people always know what that means or what the implications might be.

In the end, the use of GM crops is a complex issue with no clear, single answer. There are many benefits to their use, but there are also drawbacks, especially environmental ones. As Professor Jones put it, “there’s a lot of complexity to it; it’s not really a black and white issue.” GMO use will likely remain a divisive issue for years to come. [Outro music plays.] This has been Equal Environment. Thanks for tuning in.