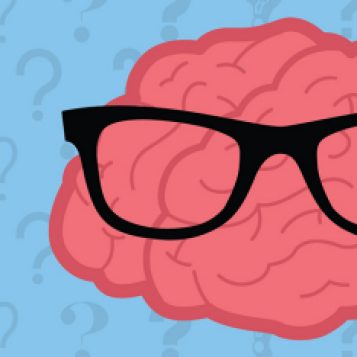 Join Paige Lighthammer for Climate Change Trivia. In this episode of the SLE Podcast Paige asks U-M students about their responses to common questions skeptics have about climate change.

Announcer (Paige): Welcome to the environment’s favorite game show, climate change trivia! Today's theme is climate change deniers. Today’s contestants are Edie, T.C., Emily and Faith. Let's get right into it.  How would you respond to someone who wants to focus on American jobs before acting on climate change issues? Faith, you first.

Faith: Most of the global economy, or a lot of the global economy, is dependent on mining on natural resources which in itself produces a lot of greenhouse gases and CO2 emissions and the clean air Clean Air Clean Water Act is putting like regulations on it and since the regulations we are seeing industries respond positively to this like a lot of people were assuming it would hurt industry but it actually hasn’t done that. When industries are given like a rule like “you can only emit this much CO2” they find different ways to get things done so like the Clean Air Clean Water Act streamlined the uses of wet scrubbing to get CO2 and I believe sulfur dioxide from entering the atmosphere which is very helpful to the environment and also helped boost industry.

Announcer: A tough act to follow, Emily, what would you say?

Announcer: Wonderful responses from both of you. On to our next question. What would you say to someone who completely denies that climate change exists?

Edie: Well, I don't know that much about climate change because I haven't looked into it, but I know that scientifically it is occurring and you can't deny science because that's what's happening in the planet right now and if you try to deny science you're just dumb.

Announcer: Thanks Edie for that very interesting and aggressive response. T.C. how would you take it?

T.C.: I would probably try to put it in a perspective that isn't environmentally based, because that then when a lot of people think of climate change they are immediately not receptive to the idea of it they think of it in an purely environmental way, like a change in temperature or a change in the surrounding environment or how the Earth fundamentally works so i think that if I could explain it in a way that is more concrete, cuz I think that if you see cO2 data on a graph that's one thing, but if you are able to explain that people in urban areas experience way more smog and there's a lot of respiratory health problems because of that or were running out of coal as a fossil fuel so we need to find alternative fuel sources so even if they don't believe that climate change is real Iwould try to take that as me as a person believing that climate change is real and try to spin that them as well there are tangible effects of this thing that I call climate change that you might be able to find realistic and interesting like the fact that were running out of fossil fuels or that we need alternative energy sources or that society is moving in a new direction that is more climate friendly but I wouldn't necessarily the climate change part I would just try to finesse it on the down low and be like, let's think about the economics of all of this. You know cuz i think that climate change is such a buzz word now that for some people if you say they are immediately turned off and don't want to hear anything about it because they have their way and that's their opinion so if I could find a different way to explain my opinion to them in words that they would find more palatable that's what I would try to do

Announcer: With such great responses from everyone, it's impossible to choose a winner. See you next time on climate change trivia.