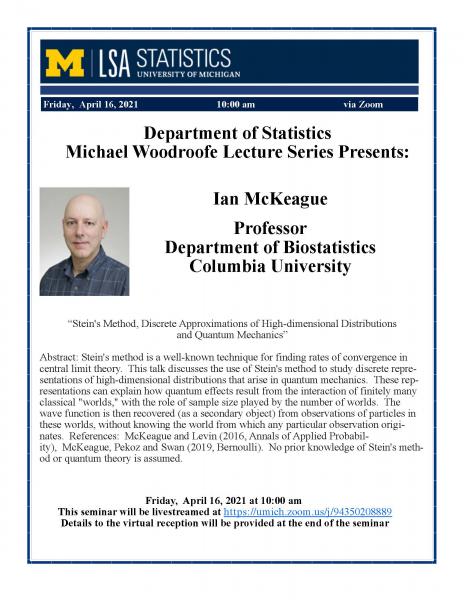 Abstract: Stein's method is a well-known technique for finding rates of convergence in central limit theory. This talk discusses the use of Stein's method to study discrete representations of high-dimensional distributions that arise in quantum mechanics. These representations can explain how quantum effects result from the interaction of finitely many classical "worlds," with the role of sample size played by the number of worlds. The wave function is then recovered (as a secondary object) from observations of particles in these worlds, without knowing the world from which any particular observation originates. References: McKeague and Levin (2016, Annals of Applied Probability), McKeague, Pekoz and Swan (2019, Bernoulli). No prior knowledge of Stein's method or quantum theory is assumed.