Revolutionizing Repertoires: The Rise of Populist Mobilization in Peru 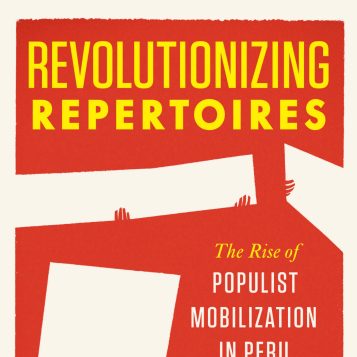 Description from Publisher:  Politicians and political parties are for the most part limited by habit—they recycle tried-and-true strategies, draw on models from the past, and mimic others in the present. But in rare moments politicians break with routine and try something new.

Drawing on pragmatist theories of social action, Revolutionizing Repertoires sets out to examine what happens when the repertoire of practices available to political actors is revolutionized. Taking as his case study the development of a distinctively Latin American style of populist mobilization, Robert S. Jansen analyzes the Peruvian presidential election of 1931. He finds that, ultimately, populist mobilization emerged in the country at this time because newly empowered outsiders recognized the limitations of routine political practice and understood how to modify, transpose, invent, and recombine practices in a whole new way. Suggesting striking parallels to the recent populist turn in global politics, Revolutionizing Repertoires offers new insights not only to historians of Peru, but also to scholars of historical sociology and comparative politics, and to anyone interested in the social and political origins of populism.