Denial of Violence: Ottoman Past, Turkish Present, and Collective Violence against the Armenians, 1789-2009 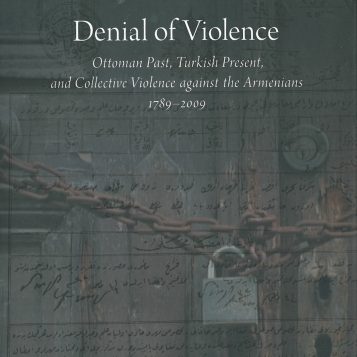 Description from Publisher: While much of the international community regards the forced deportation of Armenian subjects of the Ottoman Empire in 1915, where approximately 800,000 to 1.5 million Armenians perished, as genocide, the Turkish state still officially denies it. In Denial of Violence, Fatma Müge Göçek seeks to decipher the roots of this disavowal. To capture the negotiation of meaning that leads to denial, Göçek undertook a qualitative analysis of 315 memoirs published in Turkey from 1789 to 2009 in addition to numerous secondary sources, journals, and newspapers. She argues that denial is a multi-layered, historical process with four distinct yet overlapping components: the structural elements of collective violence and situated modernity on one side, and the emotional elements of collective emotions and legitimating events on the other.