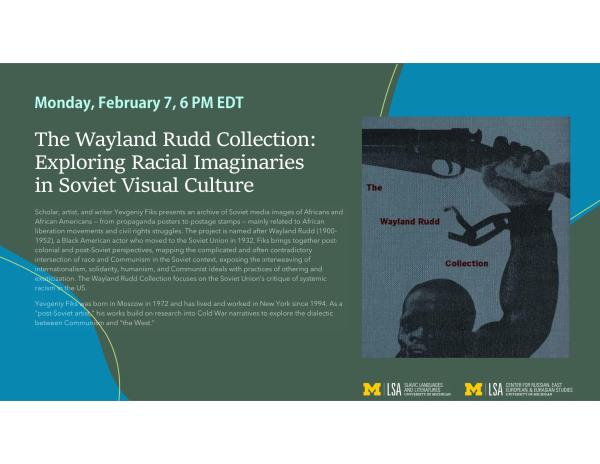 Scholar, artist, and writer Yevgeniy Fiks presents an archive of Soviet media images of Africans and African Americans — from propaganda posters to postage stamps — mainly related to African liberation movements and civil rights struggles. The project is named after Wayland Rudd (1900-1952), a Black American actor who moved to the Soviet Union in 1932. Fiks brings together post-colonial and post-Soviet perspectives, mapping the complicated and often contradictory intersection of race and Communism in the Soviet context, exposing the interweaving of internationalism, solidarity, humanism, and Communist ideals with practices of othering and exoticization. The Wayland Rudd Collection focuses on the Soviet Union’s critique of systemic racism in the US.
Yevgeniy Fiks was born in Moscow in 1972 and has lived and worked in New York since 1994. As a “post-Soviet artist,” his works build on research into Cold War narratives to explore the dialectic between Communism and “the West.”