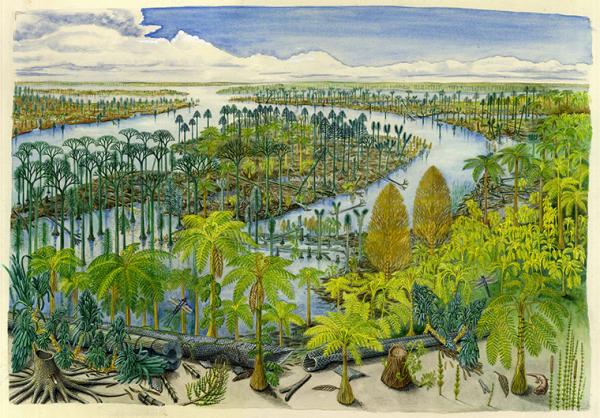 Methods for inferring divergence times from molecular phylogenies are highly contentious. The majority of the applications of the classic "node-based" approach rely heavily on individual researchers' implicit assumptions about patterns of morphological evolution and the fossilization process. The application of these methods to understanding the evolution of vascular plants has been particularly controversial, yielding divergence time estimates often seen as incompatible with the fossil record. However, "total-evidence dating" (TED) methodologies offer the opportunity to overcome the difficulties inherent in the traditional node-based approaches, allowing for the simultaneous inference of the phylogenetic relationships of extant and extinct vascular plants, their divergence times, and their patterns of morphological evolution. As part of a broader project to infer the timeline of vascular plant evolution, I will discuss results of the application of TED approaches to the Marattiales, a eusporangiate fern lineage with a deep fossil record (Marattiales taxa were dominant components of Carboniferous coal swamps), and close with comments on the challenges in implementing TED analyses, and in particular, in applying defensible models of morphological evolution.