In the Skin of a Beast: Sovereignty and Animality in Medieval France 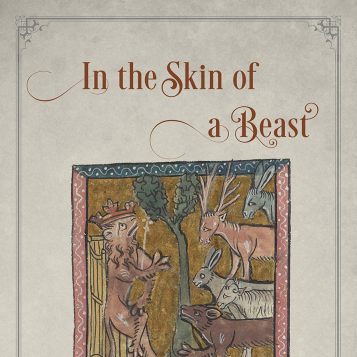 In medieval literature, when humans and animals meet—whether as friends or foes—issues of mastery and submission are often at stake. In the Skin of a Beast shows how the concept of sovereignty comes to the fore in such narratives, reflecting larger concerns about relations of authority and dominion at play in both human-animal and human-human interactions.

Peggy McCracken discusses a range of literary texts and images from medieval France, including romances in which animal skins appear in symbolic displays of power, fictional explorations of the wolf’s desire for human domestication, and tales of women and snakes converging in a representation of territorial claims and noble status. These works reveal that the qualities traditionally used to define sovereignty—lineage and gender among them—are in fact mobile and contingent. In medieval literary texts, as McCracken demonstrates, human dominion over animals is a disputed model for sovereign relations among people: it justifies exploitation even as it mandates protection and care, and it depends on reiterations of human-animal difference that paradoxically expose the tenuous nature of human exceptionalism.