The Refracted Muse: Literature and Optics in Early Modern Spain 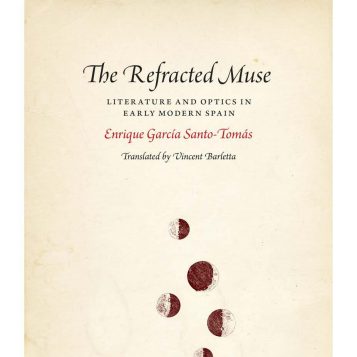 Galileo never set foot on the Iberian Peninsula, yet, as Enrique García Santo-Tomás unfolds in The Refracted Muse, the news of his work with telescopes brought him to surprising prominence—not just among Spaniards working in the developing science of optometry but among creative writers as well. While Spain is often thought to have taken little notice of the Scientific Revolution, García Santo-Tomás tells a different story, one that reveals Golden Age Spanish literature to be in close dialogue with the New Science. Drawing on the work of writers such as Cervantes, Lope de Vega, Calderón de la Barca, and Quevedo, he helps us trace the influence of science and discovery on the rapidly developing and highly playful genre of the novel. Indeed, García Santo-Tomás makes a strong case that the rise of the novel cannot be fully understood without taking into account its relationship to the scientific discoveries of the period.