Infrastructures of Race: Concentration and Biopolitics in Colonial Mexico 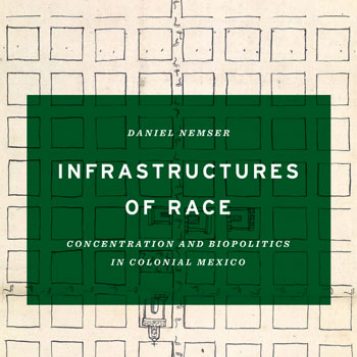 Many scholars believe that the modern concentration camp was born during the Cuban war for independence when Spanish authorities ordered civilians living in rural areas to report to the nearest city with a garrison of Spanish troops. But the practice of spatial concentration—gathering people and things in specific ways, at specific places, and for specific purposes—has a history in Latin America that reaches back to the conquest. In this paradigm-setting book, Daniel Nemser argues that concentration projects, often tied to urbanization, laid an enduring, material groundwork, or infrastructure, for the emergence and consolidation of new forms of racial identity and theories of race.