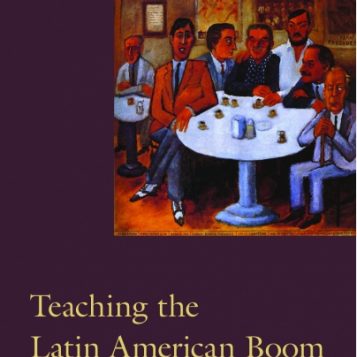 In the decade from the early 1960s to the early 1970s, Latin American authors found themselves writing for a new audience in both Latin America and Spain and in an ideologically charged climate as the Cold War found another focus in the Cuban Revolution. The writers who emerged in this energized cultural moment—among others, Julio Cortázar (Argentina), Guillermo Cabrera Infante (Cuba), José Donoso (Chile), Carlos Fuentes (Mexico), Gabriel García Márquez (Colombia), Manuel Puig (Argentina), and Mario Vargas Llosa (Peru)—experimented with narrative forms that sometimes bore a vexed relation to the changing political situations of Latin America.

This volume provides a wide range of options for teaching the complexities of the Boom, explores the influence of Boom works and authors, presents different frameworks for thinking about the Boom, proposes ways to approach it in the classroom, and provides resources for selecting materials for courses