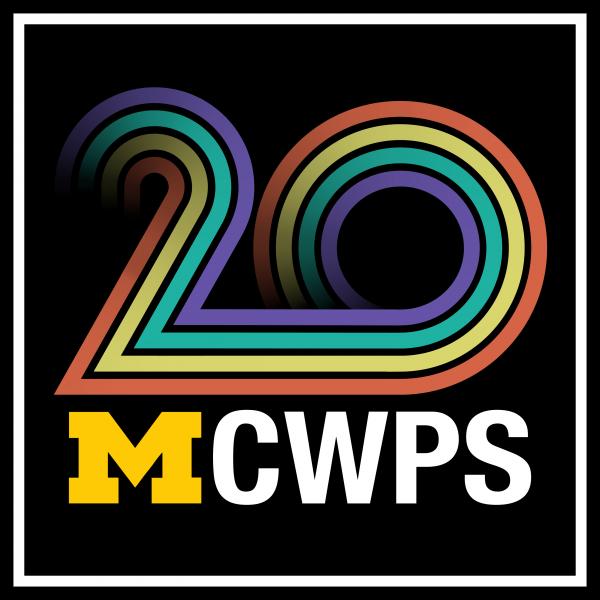 In March 2001, the University of Michigan Center for World Performance Studies (CWPS) celebrated its grand opening, inviting the community to participate in an evening of lectures, performances and food at the International Institute. As part of the ongoing virtual celebration of this milestone, CWPS invites four esteemed U-M faculty members to reflect on the Center’s founding, its contributions to increasing the diversity of arts and research at University of Michigan, and to imagine the possibilities for the next twenty years.

Kwasi Ampene, Associate Professor in the Department of Afroamerican and African Studies, is a scholar and practitioner of ethnomusicology. He specializes in the rich musical traditions of the Akan people of West Africa. His research interests include the performing arts as individually and collectively created and experienced, the performance of historical and social memory, politics, ideologies, values, and religious philosophy in Akan court music. Professor Ampene’s latest book, Asante Court Music and Verbal Arts in Ghana: The Porcupine and the Gold Stool, was published on June 30th, 2020 by Routledge. Dr. Ampene was Director of the Center for World Performance Studies from 2011-2016.

Lester Monts is an Arthur F. Thurnau Professor of Music (ethnomusicology). From 1993 until 2014, he served as senior vice provost for academic affairs and senior counselor to the president for the arts, diversity, and undergraduate affairs. He is currently director of the Michigan Musical Heritage Project that seeks to capture on film the state’s folk, ethnic, and immigrant music traditions. Monts received a bachelor’s degree in music education from Arkansas Polytechnic College, a master’s degree in trumpet performance from the University of Nebraska-Lincoln, and a doctorate in ethnomusicology from the University of Minnesota.

Mbala Nkanga is an Associate Professor of Theatre and head of the minor in Global Theatre & Ethnic Studies. A native of the Democratic Republic of the Congo, he taught directing, scenography and dramaturgical analysis at the Institut National des Arts in Kinshasa (DRC) beginning in 1979. He has directed plays in various professional companies there, such as Bernard Dadié’s Béatrice du Congo, Wole Soyinka’s A Dance of the Forests, and Réné Kalisky’s Aïda Vaincue. Dr. Nkanga received his PhD in Performance Studies from Northwestern University, and has led the Center for World Performance Studies graduate seminar since 1999.

Robin Wilson is an Associate Professor of Dance at the University of Michigan, on the faculty since 1995, and is best known as a founding member of New York’s Urban Bush Women. In 1995, she was awarded a New York Performance Award for the collective work of the Urban Bush Women from 1984-1994. Her studio teaching is informed by years of study in various mid-twentieth century modern dance and Afro-Caribbean folkloric dance techniques. She performed in New York for more than a decade with such choreographers as Dianne McIntyre, Kevin Wynn, and Jawole Willa Jo Zollar. Professor Wilson served on the Center for World Performance Studies faculty advisory committee for over a decade.

If you require an accommodation to participate in this event, please contact the Center for World Performance Studies, at 734-936-2777. Please be aware that advance notice is necessary as some accommodations may require more time for the University to arrange.
Residential College
East Quad
701 E. University
Ann Arbor, MI 48109-1245
rescollege@umich.edu
Engaged Michigan Partner