A reading and discussion of "Death / Play or Rubinstein, the Mad Jester of the Warsaw Ghetto", a new 15-minute play by Hank Greenspan 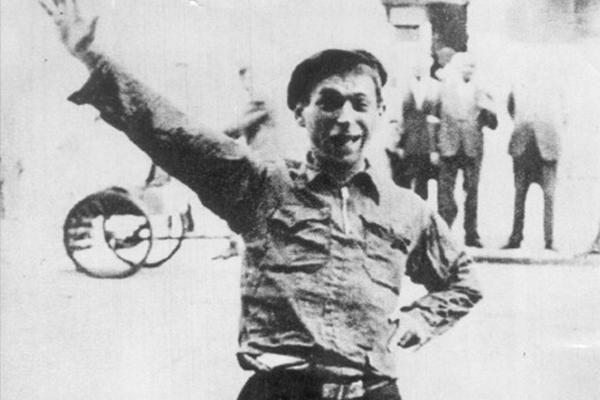 Join retired RC Social Theory and Practice faculty member Hank Greenspan and friends for a reading and discussion of his new 15-minute play "Death / Play or Rubinstein, the Mad Jester of the Warsaw Ghetto"

"Death / Play" centers on a psychological duel between Rubinstein and Abraham Gancwaych, a notorious collaborator with the Gestapo. Both Rubinstein and Gancwaych were real people, famous within the ghetto.

Henry Greenspan, Ph.D., taught in the Residential College of the College of Literature, Science, and the Arts from 1987 to 2019, ultimately attaining a Lecturer IV title. Dr. Greenspan received his A.B. (1970) and M.Ed. (1973) from Harvard University and his Ph.D. (1985) from Brandeis University. He came to the University of Michigan as a Junior Fellow of the Michigan Society of Fellows (1977-80). He worked as a Senior Counselor at Counseling Services (now CAPS) from 1983 to 1988 and joined the faculty of the Residential College in 1987. Within the RC, Dr. Greenspan has been an Academic Advisor, Chair of the First-year Seminar and Social Theory and Practice programs, and a revered teacher.

Dr. Greenspan has been interviewing, writing about, and teaching about Holocaust survivors since the 1970s—now longer than anyone in the world. Both editions of his book—On Listening to Holocaust Survivors: Recounting and Life History (1998) and the expanded On Listening to Holocaust Survivors: Beyond Testimony (2010)--are considered seminal texts in oral history and Holocaust studies. Along with numerous chapters and journal articles on survivors, Dr. Greenspan wrote the chapter on survivor testimony for the Oxford Handbook of Holocaust Studies (2010). He has worked closely with the U.S. Holocaust Memorial Museum since it opened in 1993. He was the museum’s sixth annual Weinmann Lecturer (2000) and co-led the annual Hess seminar for Professors of Holocaust Courses (2011). His interview methodology has been adopted by large oral history projects with genocide survivors—especially in Rwanda and Cambodia. He was the Fulbright Visiting Research Chair at the Centre of Oral History and Digital Storytelling at Concordia University in Montreal (2012). Dr. Greenspan continues to mentor, consult, and present his research internationally--most recently, in Jerusalem (2016), Berlin (2016), New Delhi (2018), London (2018), Toronto (2018), and Montreal (2019).