Screening and Q&A with Natalie Wynn, creator of ContraPoints 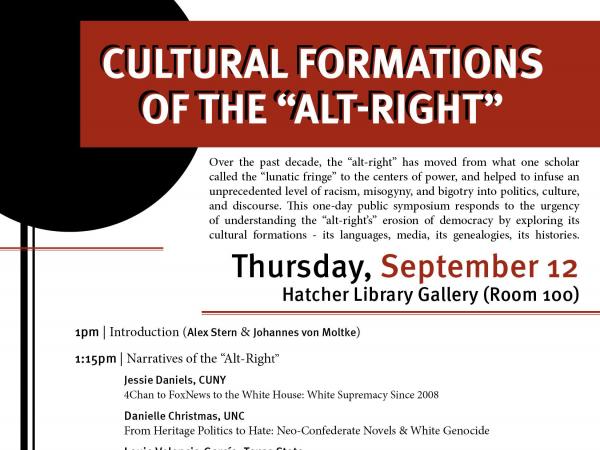 This is the final event for the Cultural Formations of the "Alt-Right" conference: https://events.umich.edu/event/63430

Social media have been key to the recent rise of the “alt-right,” and YouTube has spawned entire networks of “alternative influencers” who peddle misogyny, white supremacy, ethno-nationalism, fascism, and populist messages of hate. How do we counter the spread of this movement, both online and in real life?
One YouTuber has devised a particularly compelling format in which to respond to the “alt-right” where it thrives. On her ContraPoints channel, Natalie Wynn has been creating carefully crafted, intricately staged, persona-multiplying video essays in which she takes on everything from “Incels” to “Redpiling,” embraces the social justice warrior moniker and instructs her viewers on “How to recognize a Fascist.”