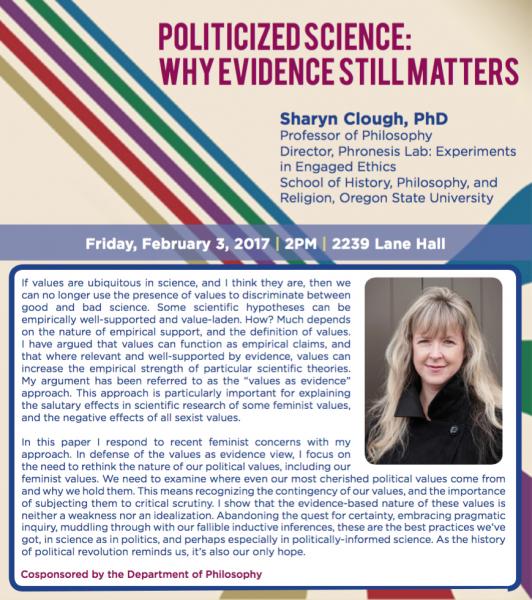 If values are ubiquitous in science, and I think they are, then we can no longer use the presence of values to discriminate between good and bad science. Some scientific hypotheses can be empirically well-supported and value-laden. How? Much depends on the nature of empirical support, and the definition of values. I have argued that values can function as empirical claims, and that where relevant and well-supported by evidence, values can increase the empirical strength of particular scientific theories. My argument has been referred to as the “values as evidence” approach. This approach is particularly important for explaining the salutary effects in scientific research of some feminist values, and the negative effects of all sexist values. In this paper I respond to recent feminist concerns with my approach. In defense of the values as evidence view, I focus on the need to rethink the nature of our political values, including our feminist values. We need to examine where even our most cherished political values come from and why we hold them. This means recognizing the contingency of our values, and the importance of subjecting them to critical scrutiny. I show that the evidence-based nature of these values is neither a weakness nor an idealization. Abandoning the quest for certainty, embracing pragmatic inquiry, muddling through with our fallible inductive inferences, these are the best practices we’ve got, in science as in politics, and perhaps especially in politically-informed science. As the history of political revolution reminds us, it’s also our only hope.